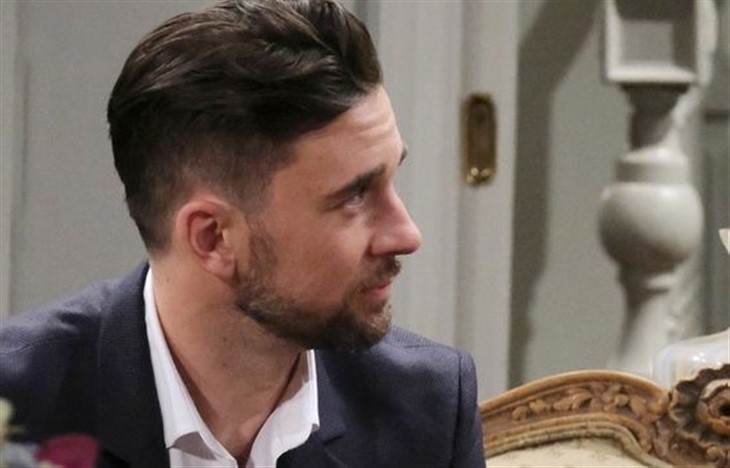 Days of Our Lives spoilers tease that the arrival of Stephanie Johnson (Abigail Klein) has certainly shaken things up in Salem. Stephanie is not only the owner of a very successful public relations firm, but she is also the daughter of Steve Johnson (Stephan Nichols) and Dr. Kayla Johnson (Mary Beth Evans). In addition, Stephanie has gotten the attention of two men. Both Chad DiMera (Billy Flynn) and Alex Kiriakis (Robert Scott Wilson) have shown a romantic interest in the young woman.

Alex has only been in Salem a few months and was quite a womanizer when he first arrived in town. He bedded several women during those first few weeks much to the dismay of his younger brother Sonny Kiriakis (Zack Tinker). Sonny admonished his brother for his boorish behavior, but Alex said he had no intention of ever settling down. He didn’t believe in true love. But almost immediately after that, he met Stephanie for the first time. Stephanie was initially put off by Alex’s come-ons but recently he has started to win her over.

A few months ago, Chad’s wife Abigail DiMera (Marci Miller) was brutally murdered. Chad spent the summer searching for the killer who was finally revealed to be Clyde Weston (James Read). Chad is trying to move on with his life but he still mourns for Abigail. He went to work at Stephanie’s company, and the two old friends reconnected.

There was an obvious attraction between them and they almost made love, but Chad stopped things before they went too far. He wasn’t ready yet to be with anyone. But as Alex and Stephanie grow closer look for Chad’s jealousy to grow. It won’t be much longer before he realizes he feelings for Stephanie.

Days Of Our Lives Spoilers – Sonny Kiriakis Will Be Right In The iddle!

Sonny is Chad’s best friend as well as Alex’s half-brother. As their rivalry for Stephanie’s love heats up, look for Sonny to be right in the middle. Days of Our Lives spoilers show Chad and Sonny are extremely close but so are Alex and Sonny. Sonny will certainly be pressured to pick a side, but will he? Most likely he will tell both Chad and Alex that can’t pick a side. He loves them both so for everyone’s sake, it’s better if he stays out of it. Hopefully, both Chad and Alex will leave Sonny out of their rivalry.

Has Alex really changed? Who is the right man for Stephanie? Will Sonny have to pick a side? Anything can happen in Salem so stay tuned to Days of Our Lives streaming every weekday on Peacock. And don’t forget to check back right here regularly for all your Days of Our Lives news, information, and spoilers!