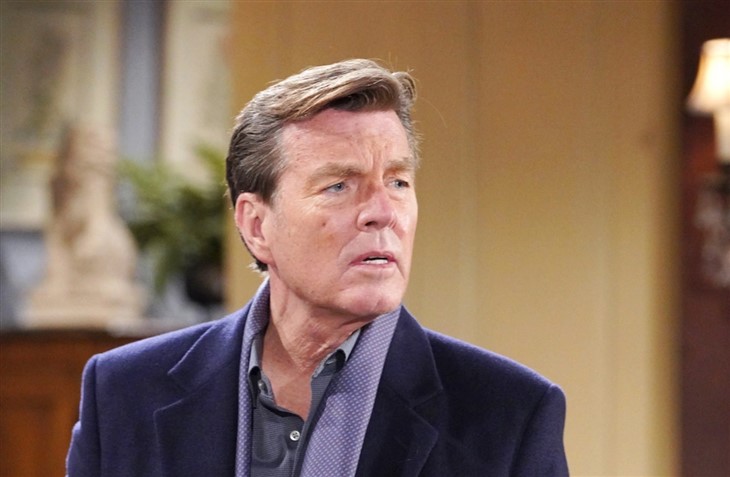 The Young and the Restless (Y&R) spoilers document that Jack Abbott (Peter Bergman) had another confrontation with Phyllis Summers (Michelle Stafford). One of the important moments in this one involved Jack volunteering his admiration for Phyllis, though using it as a backhanded compliment.

Phyllis got into it with Diane Jenkins (Susan Walters) at Chancellor Park. That beautiful outdoor setting that has become known for its frequent encounters and a volume of drama.

Phyllis continues to offer her two cents on how Kyle Abbott (Michael Mealor) and Jack are dealing with Diane. It is not too harsh to classify the Abbott’s interactions as a form of handling because it is accurate.

Kyle made a decision. He believes that the love his mother consistently offered him when he was a child overrides the action she took when choosing to fake her murder.

Mealor’s character believes that Diane was under intense mental stress, and that situation forced her to make a damaging decision. But he also sees that her choice damaged her and that she wants to make amends.

Jack told Phyllis that he can not risk opening his heart to Phyllis because of her track record. He is unwilling to put Kyle, Summer, and Harrison at risk of the mayhem Phyllis may cause if she becomes his official significant other once again.

The reasoning Jack expressed is arguably faulty. He has decided to deny Phyllis an opportunity to redeem herself for using him as a means to strike at Diane on the premise that doing so may result in Kyle’s family being upset.

Phyllis sees that Jack is hurt and is using a cover to protect himself from anticipated heartache, which must be partially reflective of the trouble this two-time married couple endured in years gone by.

The Young And The Restless Spoilers – Phyllis Summers Can Be Encouraged

The heated talk with Jack at the park could be seen as encouraging, if Phyllis wants to interpret it that way. It is good to know that she still ranks as the most appealing woman he has ever known.

Knowing that Jack can never fully trust Diane should also give Phyllis comfort. He reinforced his love as current. But Jack also put Phyllis in the same mental box as Diane when telling Stafford’s character that he does not trust her either.