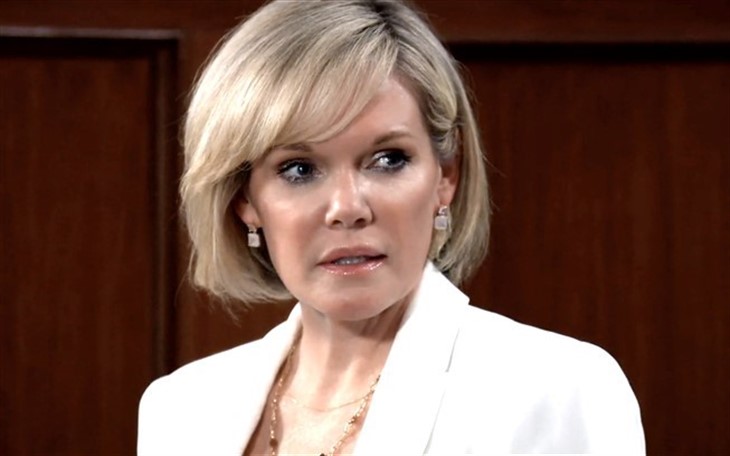 General Hospital (GH) spoilers tease that Nikolas Cassadine (Marcus Coloma) wasn’t prepared for what he saw as he returned home to Wyndemere. Right as Nikolas arrived, he saw the end of a huge fight between Ava Jerome (Maura West) and Esme Prince (Avery Kristen Pohl) as Esme plummeted from the parapet at the gothic mansion. Ava had just earlier found out that Esme and Nikolas had slept together and their confrontation had become quite heated.

General Hospital Spoilers – Nikolas Cassadine Was Prepared For Ava Jerome To Divorce Him!

Although Ava would surely have planned to file for divorce as soon as she learned about Nikolas’ infidelity, that may all change. Since Nikolas had witnessed Esme falling to her presumed death, he would have to testify about what he saw if he and Ava were no longer married. But since married couples don’t have to testify against one another, Nikolas may be able to stay married to Ava, at least for now.

Ava would most likely want nothing more than to divorce Nikolas in the wake of his infidelity. But Nikolas will surely use what happened to Esme as a reason that the couple should stay married. Not only does Nikolas stand to lose Ava but most of his fortune as well should Ava choose to end their marriage. Nikolas will have to work to convince Ava that it’s in her best interest to stay with Nikolas if she wants to stay out of prison.

Esme had been planning to leave Port Charles so look for Nikolas and Ava to make it look as though that’s exactly what happened. Esme was about to be fingered as the person who uploaded and distributed the video of Cameron Webber (William Lipton) and Josslyn Jacks (Eden McCoy) having sex. Trina Robinson (Tabyana Ali) was arrested and is currently on trial for Esme’s crime. But with evidence to prove the truth coming through, Esme was planning to hightail it out of town before she could be arrested. Now Nikolas and Ava will have to make sure that it looks like that’s exactly what happened!

Is Esme really gone for good? Can Nikolas convince Ava that it’s in her best interest that they stay married? Will Trina be exonerated for Esme’s crimes? Anything can happen in Port Charles so stay tuned to General Hospital airing weekdays on ABC. And don’t forget to check back right here regularly for all your General Hospital news, information, and spoilers!

Days Of Our Lives Spoilers: Marlena Fears For Baby’s Safety, Will She Treat Evan?