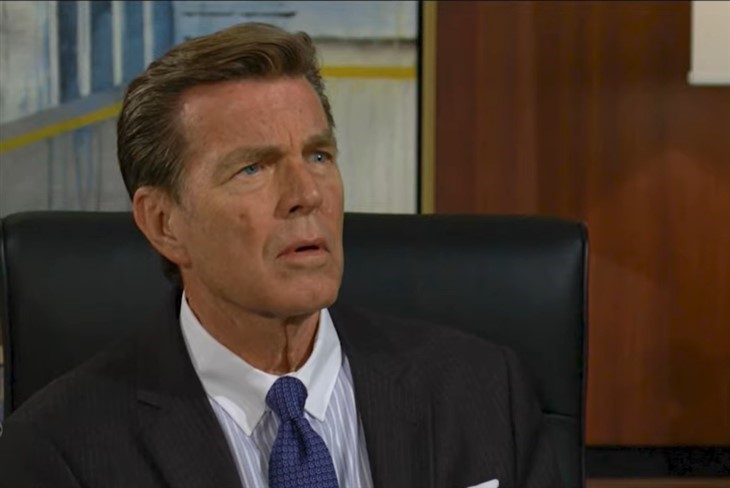 The Young and the Restless (Y&R) spoilers show Jeremy Stark (James Hyde) has arrived in Genoa City and has everyone on their toes, especially Diane Jenkins (Susan Walters), to who Stark has already shown up twice. Jack Abbott (Peter Bergman) isn’t thrilled about this at all and stands up for Diane.

Jack has seen Stark show up at his home and now at his place of work looking for Diane, and he’s not having any of it. He wants Stark that he needs to leave before Jabot security escorts him out.

While speaking to Soap Opera Digest, Bergman explained that “Jack has already found Jeremy at his house, talking to Diane in the foyer. And now he’s shown up at Jabot, and it’s very unsettling.”

Of course, Stark wanted to speak to Diane because he received a tip that she had cooperated with authorities to put him behind bars. However, he claims to harbor no ill will toward her at all. This is where Jack really gets defensive, because according to Bergman, “It sinks in with Jack that somebody told a hardened criminal who just got out of prison how to find Diane.”

Jack wants Stark out of the building, but he is informed that there is a financial matter that needs to be dealt with. “Jack asks how much he wants to leave town. But it becomes clear he’s not just here for the money and the issue becomes much more complicated,” Bergman explains.

This has opened up the door for disaster and with Stark now in town and being egged on by Phyllis Summers (Michelle Stafford), there are a lot of people who could be in danger now, which is why Jack feels so protective over Diane (and his family).

This could also pave the way for Jack and Diane to rekindle a romance, as he will be very protective over her and Diane has already expressed gratitude for him standing up for her. Though, a relationship could complicate things a great deal.

What do you think? Should Jack be worried for his family now that Stark is back in town and is there a chance of Jack and Diane rekindling their romance during this ordeal? How will their son Kyle react if they do? Share your thoughts and remember to keep watching the CBS soap to see what happens next.

GH Spoilers: Esme Appeals To Elizabeth’s Maternal Side — Will She Help Esme Keep Her Baby?