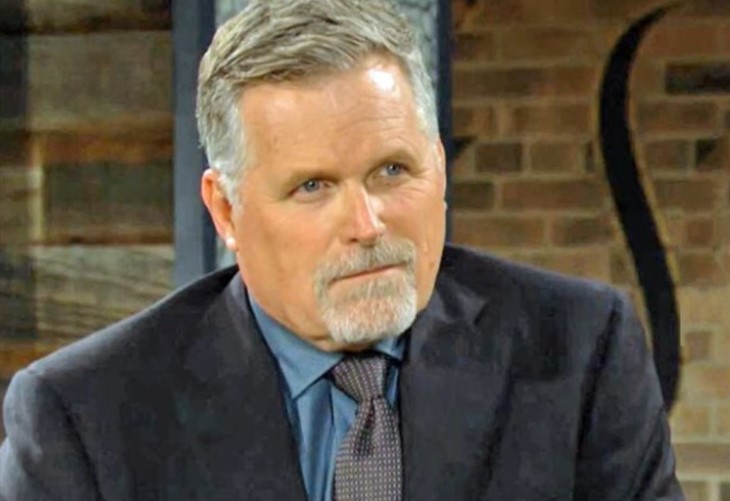 Y&R spoilers reveal that fans have been waiting for the moment when Ashland and Diane connect. It finally happens during the week of May 23. Ashland is still at the park and reeling over not being able to see Harrison Locke (Kellen Enriquez) anymore.

Kyle and Summer Newman-Abbott (Allison Lanier) made it clear that Ashland’s cancer lie crossed the line. Not only did Ashland lie to his own little boy about it but Kyle noted how Diane did the same thing to him as a child.

In the preview clip, Ashland and Diane sit down on the same bench. They exchange pleasantries and Ashland makes Diane laugh. Then, Ashland confirms that Diane is Kyle’s mother. When Diane says she is, Ashland gets an idea.

Speaking of Ashland, Victor will become even more determined to get rid of the “Locke-ness Monster.” Michael comes to Victor and says he has found the perfect solution to his problem. What exactly does Michael suggest and what does it mean for Ashland’s future?

The Young And The Restless Spoilers – Benedict Family Problem

The Young and the Restless spoilers reveal that the preview clip shows Amanda Sinclair (Mishael Morgan) and Imani Benedict (Leigh-Ann Rose) having a serious conversation. Something has happened that affects them, and it’s not good news.

This could be about their mother’s medical condition. Perhaps it’s about Sutton Ames (Jack Landron). Of course, this could be about a problem with their law firm, too. It seems more personal though from the look on Imani’s face.

Nate Hastings (Sean Dominic) interrupts Amanda and Imani’s conversation. When Nate comes over, he says it seems he interrupted something. Amanda explains that they just got some bad news. When Nate looks at Imani, she is close to tears.

Nate will want to help because that’s just the kind of man he is. However, with Nate and Elena Dawson (Brytni Sarpy) spending less time together, could this be a recipe for an affair?

Which storyline are you looking forward to seeing the most during the week of May 23? What are your predictions for the residents of Genoa City? Share your thoughts and remember to keep watching the CBS soap.