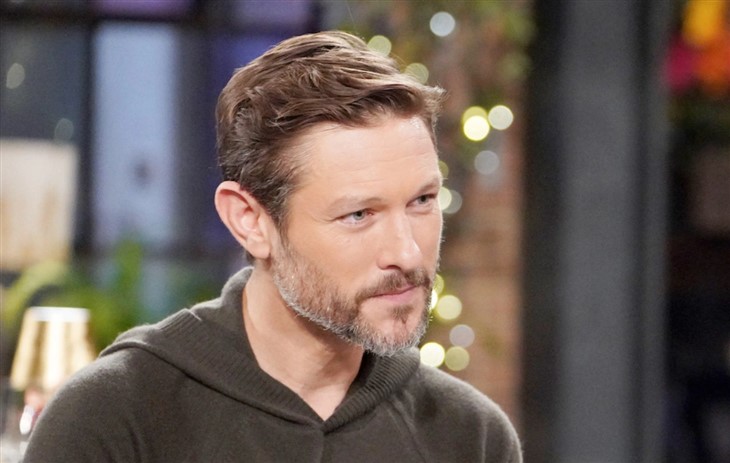 The Young and the Restless (Y&R) spoilers indicate a hot week full of naughty dramalicious action coming up in Genoa City, Wisconsin. Fans will be treated calamity, caution and roiling emotions as one month ends and another begins.

The Young And The Restless spoilers – Genoa City Is Ablaze

Before we drop all the delicious deets for you, let’s put the upcoming action in context by reviewing what preceded and will lead to naughty consequences. Thanksgiving was full of hot side dish and not just around the turkey!

The Naked Heiress Abby Newman Abbott Chancellor (Melissa Ordway) gobsmacked her parents Victor Newman (Eric Braeden) and Nikki Newman (Melody Thomas Scott) by refusing to sup with them–her marriage to Chance Chancellor (Conner Floyd) is on fire and she might not be able to put out the blaze!

Most surprising was Daniel Romalotti’s (Michael Graziadei) beautiful face back for a family reunion.

Elsewhere insecure Devon Hamilton (Bryton James) told traitorous cousin Nate Hastings (Sean Dominic) where to go and daddy Tucker had his back. Elena Dawson (Brytni Sarpy) did not like this and we’re not sure why she is still a part of this story ….

The Young And The Restless spoilers – Week Ahead Full of Steam

This week all of this past chaos keeping rearing its head as Devon tells Lily he slept with Abby which is why they are down another employee–Amanda Sinclair (Mishael Morgan)—due to his hot head behavior. On Monday Diane swears again to Jack that she will be a good girl, and on Tuesday Victor gets huffy with Chance over disloyal Abby while Nick checks Nate.

On Wednesday couple drama rules when Adam gets real with Sally, LilBilly reach out and Nate questions Elena’s loyalty which is all kinds of rich.

On Thursday, December 1, 2022 Genoa City kicks into the Christmas spirit as Daniel reminisces with Lily about their hellion days, Nikki discovers Phyllis’s secret and Diane does more sweettalking.

The week closes out on a dire caution with Victor preaching to Nick and Adam doing something bad.