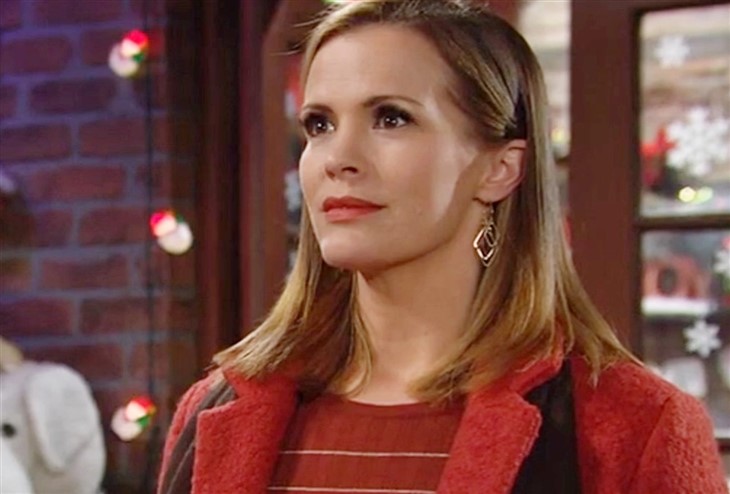 The Young and the Restless (Y&R) spoilers tease that Chelsea Lawson (Melissa Claire Egan) could receive a surprising employment offer from someone she considered an enemy. Sally Spectra (Courtney Hope) will start a new business soon and need a team to help her. As luck would have it, Chelsea needs work, so it’s the perfect situation for them both.

A few weeks ago, Nick Newman (Joshua Morrow) offered to loan Sally seed money to start a business. She declined his offer, as she didn’t want to owe anyone anything. Chloe Mitchell (Elizabeth Hendrickson) was upset about Sally’s decision at first but later accepted and understood why Sally refused Nick’s help.

Chloe and Chelsea have been close for years. She knows Chelsea needs to get back to work, so she could suggest that Sally should hire her. Y&R spoilers reveal that Chloe could explain that Chelsea has been going through some heavy stuff, which Sally would likely understand. Perhaps, Chloe will give a few details to Sally about how Chelsea tried to take her own life to escape her depression, something that could pull at Sally’s heartstrings.

Sally isn’t one to hold a grudge, so she might be willing to give Chelsea a chance. Chloe could suggest that the three of them would be unstoppable if they teamed up. That would appeal to Sally.

The spoilers for next week (December 12) say that Chelsea will make amends with someone. Y&R viewers hope that someone is Sally. At this point, Chelsea has made amends with Sharon Newman (Sharon Case), Billy Abbott (Jason Thompson), and Chloe. It seems logical that Sally could be next.

Sally could pitch to Chelsea that they should work together, which would help them both. She could explain that she knows how bad it got for her and wants to help her get on her feet. However, it goes down, Chelsea will feel grateful to Sally for wanting to give her a chance.

Chelsea would do well in the interior design business Sally is planning. The trio could be unstoppable with Chloe, Sally, and Chelsea’s talent. It sounds like a promising Y&R spoiler and a clue to how Chelsea will finally get on her feet.

Y&R fans, would you like to see Chelsea work with Chloe and Sally? Keep watching Young and the Restless, airing weekdays on CBS and streaming on Paramount Plus. This site is a leading source for everything linked to The Young and the Restless. Check back regularly for Y&R spoilers and news!