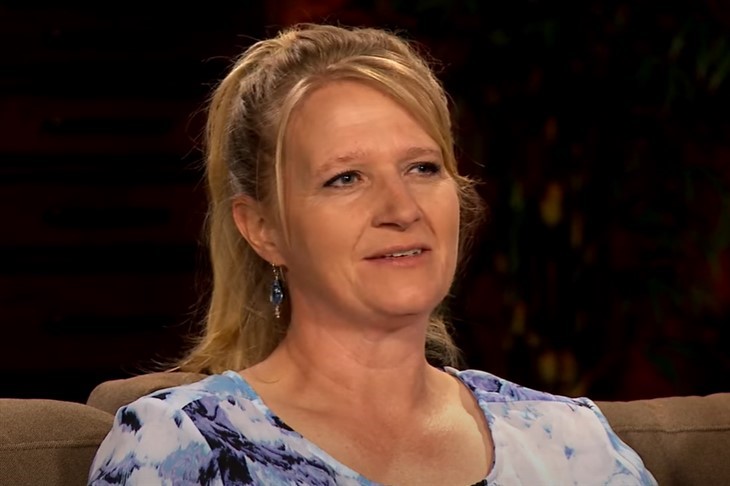 Since Sister Wives star Christine Brown ditched her husband Kody and moved to Utah, fans have wondered about her future on the show and her 23-year-old son Paedon recently clarified things a bit via TikTok.

Fans have praised Christine’s strength for leaving Kody Brown and moving to Utah, but many have shown concern that she might leave the show. Fortunately, Paedon Brown recently posted a funny clip about his taste in women and a fan broached the subject of his mom’s future on the TLC show.

Continue reading and we’ll tell you how she responded.

In the video clip, the reality TV star revealed his taste in “goth girls” after watching them in cartoons growing up. Paedon then shared a group of images of various female characters from some of his favorite shows, captioning, “@phily has definitely been reading my mind. Shego was my first crush.”

Despite the intriguing peek into the reality star’s private thoughts, fans seemed more concerned about Paedon’s mother Christine’s future on Sister Wives. One fan addressed the concern directly, commenting, “Will your mom return if there’s another season of Sister Wives?”

Few fans, if any, have disagreed with the 49-year-old’s decision to leave her husband Kody and many have noticed the reality star blossom since she moved to Utah. Recently, over the weekend, the writer took to Instagram to model a lively purple “Lula suit” from the woman’s brand Lula Rue.

The reality TV star captioned the images, “As long as I can wear this @lularoe #lulusuit I can handle anything today!” She received a showering of compliments from fans over the images with many commenting that she doesn’t need a man. “Once you grow enough in life you learn that being single and alone is the greatest gift of all.”

From reading the comments in her posts, it is clear, fans think the Sister Wives star is doing great without Kody Brown, but it’s just as clear that no one wants to see her leave the show. It will be interesting to see how producers will fit her into the Sister Wives narrative.