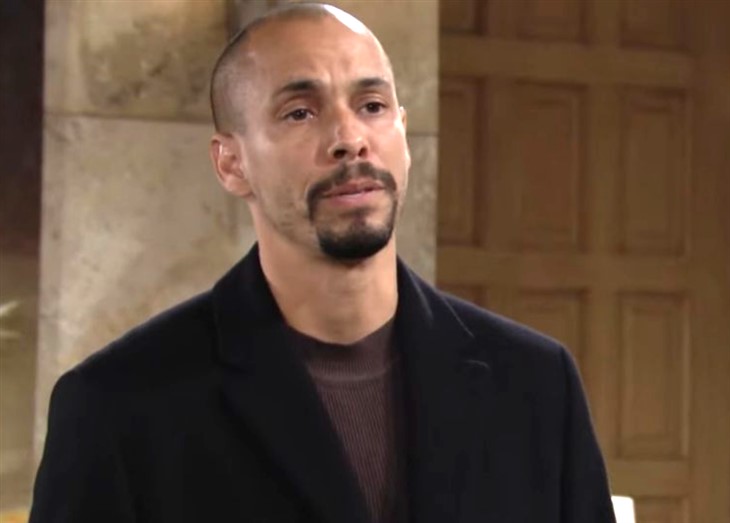 The Young and the Restless spoilers document Devon Hamilton (Bryton James) is conflicted. He did not expect to develop such a strong bond with his friend’s son. But Dominic Newman Abbott Chancellor (Rainn and River Ware) is also his biological child.

Devon volunteered to be the donor. Mariah Copeland (Camryn Grimes) was the surrogate. Their selfless decisions were intended to enable Chance Chancellor (Conner Floyd) and Abby Newman Abbott Chancellor (Melissa Ordway) to build their family.

There is nothing wrong with Devon loving his son. There was nothing wrong with Chance confiding in Devon. But, as Amanda Sinclair (Mishael Morgan) warned Devon, he should not expect Abby and Chance to like or potentially ever accept the legal course he is pursuing.

Abby believed that it was not wise for her to become pregnant because of health issues that followed her miscarriage. As devoted fans recall and as the return of Ben Stitch Rayburn (Sean Carrigan) reinforced, Abby, lost their baby when she was intentionally tripped and fell down the stairs at the Genoa City Athletic Club. However, she preserved eggs that were used earlier this year.

Chance (as then played by Donny Boaz) saved Adam Newman’s (Mark Grossman) life by jumping in front of an approaching bullet. The injury Chance suffered resulted in him not being able to father a child.

So, Abby needed her friends to realize the child she and Chance are raising. And yes, Devon and Mariah are Abby’s friends.

Devon’s loved ones have offered little counter to what he is proposing. Amanda balanced her support by saying that the response to legal action will likely be intense.

It is natural for Devon to feel that Dom is not being cared for as was expected because of the still-unusual views that are swirling inside Chance’s head. Devon believes that chance is not currently capable of providing proper care for Dom. On this point, Devon is right.

However, it is debatable whether a legal order, which would allow Devon to have shared custody, will be good for Dom or his parents, meaning Abby and Chance. That is the unknown factor that Abby resents.

The Young And The Restless Spoilers – Chance Chancellor Was Shredded

The character Floyd now plays was mentally shredded in Spain and is not healing properly. He is off-balance, regularly admitting this to himself, Abby, and Dom.

Abby is gut-punched once more after enduring Chance’s absence and the drama that led to Dom’s birth. Now, just after Mariah balanced the connection she has with Dom, Devon is pursuing a path that will destabilize reality.

Devon’s point is that the status quo is dysfunctional. Plus, he is not seeking full custody but wants a structured role in Dom’s life.