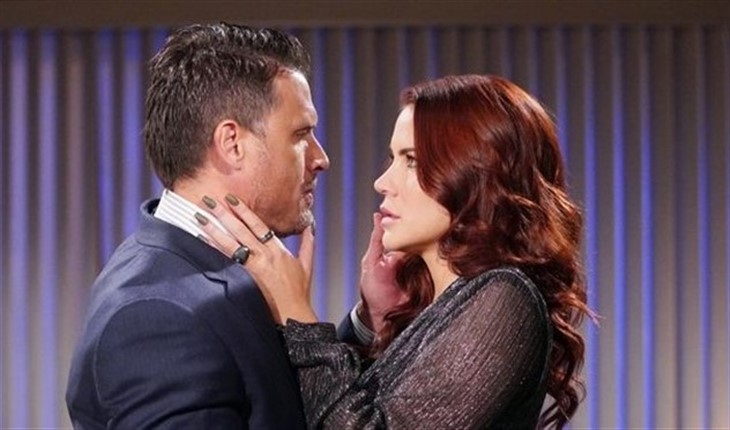 The Young and the Restless spoilers document that Nick Newman’s (Joshua Morrow) impulse decision to form what seeming is the start of a relationship with Sally Spectra (Courtney Hope) has various implications. One of them involves how long this connection will last.

Sally was deeply in love with Adam Newman (Mark Grossman). He appeared to feel the same. But Adam reverted to his destructive pattern and cruelly spurned Sally, which opened the door that Nick walked through.

Nick has been single since he suddenly dropped Phyllis Summers (Michelle Stafford). That relationship was on the rocks in Italy during Victoria Newman’s (Amelia Heinle) ill-fated married to Ashland Locke (as then played by Richard Burgi and later by Robert Newman).

The Young And The Restless Spoilers – What About Sharon Rosales?

Fans of the one-time super couple, Sharon Newman (Sharon Case) and Nick, appear to have had their hopes dashed once again. Unless the Nick-Sally connection is a gateway to a Nick-Sharon comeback, it appears as though Sharon Rosales will remain a single widow.

A series of nostalgic scenes were created within the last year that seemed to imply that Sharon and Nick were slowly moving back to each other. Then Nick dumped Phyllis. Months later, Rey Rosales (Jordi Vilasuso) was tragically killed in a car accident that involved Victoria and Ashland.

So, the necessary elements of a natural revival were in order, with Sharon and Nick being single, vulnerable, and having warmed to each other. But no.

Y&R Spoilers – What About Adam Newman?

Adam is quixotic. He resisted involvement with Sally for many months before finally giving in.

He and Sally burned hot for a period that can be counted in weeks. He announced the couple status, and this intriguing pairing appeared likely to eventually marry.

Sally was proud to be on Adam’s arm. She seemed to be the woman who would become the mother of his next child. Then, he drops her, and she latches onto Nick.

Young And The Restless Spoilers – What Use Is Nick Newman To Sally Spectra?

If Sally truly is a gold-digger and a social climber as her detractors believe, then Nick’s purpose will be revealed. Her link to him may help to secure her position at Newman Media.

Then again, Victor Newman (Eric Braeden) may rebel and fire Sally. Nick could leave in protest or be forced out by his father.

The above scenarios, or one’s similar, would test Sally and Nick’s bond. If they are in love, nothing will break them. But if she is not in love with Nick, his purpose is business and socially related on Y&R.