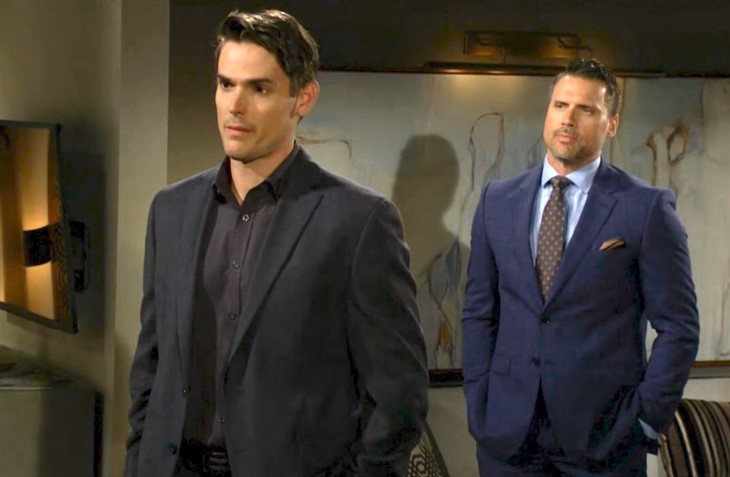 The Young and The Restless (Y&R) spoilers and updates tease in this week’s Soap Opera Digest that a jealous Adam Newman (Mark Grossman) will confront his brother. Adam suspects that Nick Newman (Joshua Morrow) and Sally Spectra (Courtney Hope) are sleeping together and he can’t get Sally to fess up.

The Young And The Restless Spoilers – Avoidance

Every time Adam has talked to Sally about the subject, she has pretty much avoided it and danced around it. He knows he messed up royally with Sally but he still loves her and thinks she still loves him, if only she’d admit it. But ever since he’s seen her and Nick together, anywhere, including in her hotel suite the most recent time he thinks she’s rebounded with his brother.

The more she denied it the more he suspected there was something going on between the two, and he finally will come to the conclusion he’ll have to ask Nick. He’s seen them together far too many times to not be suspicious that they’ve become involved.

Adam meets with his ex-wife Chelsea Lawson (Melissa Claire Egan) at Society, needing to discuss some things related to their son, Connor Newman (Judah Mackey). Adam and Chelsea are in a good place with each other, since they are not trying to reconnect romantically but they are emotionally supporting each other. Co-parenting Connor is going really well, and they are finally on the same page. However, Adam spots Sally with Nick at another table and cannot help but be distracted by it, and Chelsea notices. Adam and Nick have had a years long history of becoming involved with the same women, Chelsea included, so with Nick and Sally working together he’s naturally suspicious.

The Young And The Restless Spoilers – An Emotional Day For Both

It’s an emotional day for both of them, with Adam noticing Chelsea on the verge of tears. She explains Billy Abbott (Jason Thompson) and Victoria Newman (Amelia Heinle) told Johnny Abbott (Paxton Mishkind) that Chelsea is his birth mother, and she’d wanted that task herself. Adam’s thrown for a loop, as he can’t imagine why she wanted him to know that, not to mention their son will now have to know too.

Later, Nick stops by Newman Enterprises to pick up a file and Adam shows up, and he’s had quite enough of being kept in the dark. Adam is very blunt and asks Nick outright if he and Sally are sleeping together, not knowing if he’ll admit it or not; either way, it will be tough for Adam.