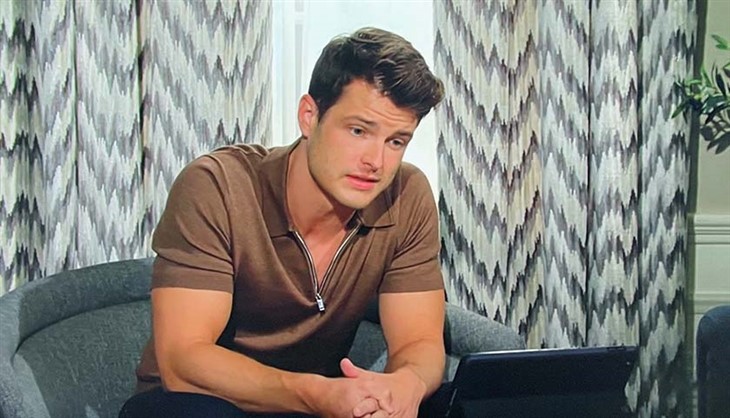 The Young and the Restless (Y&R) spoilers document that Kyle Abbott (Michael Mealor) is happy that his mother is alive and well. He continues to compartmentalize the drama that remains part of her life. However, Kyle does not want to allow his mother to have unrealistic expectations.

Diane Jenkins (Susan Walters) has made her feelings known to Jack Abbott (Peter Bergman). She cares deeply for him and ideally would like to pursue romance. While Kyle’s parents were never married during Diane’s pre-faked murder days, nuptials remain part of her resurrection plan.

The Young And The Restless Spoilers – Diane Jenkins Wants It All

Diane was patient when she was living in California. Despite living in Los Angeles, where various Y&R connections exist on The Bold and the Beautiful, she apparently managed to avoid being seen by anyone except Deacon Sharpe (Sean Kanan).

Tucker McCall (Trevor St. John) exploited the intel he gained about Jeremy Stark (James Hyde) and used it to facilitate Diane’s comeback. Tucker continued to control Diane until recently when she strategically decided to come clean to Jack.

Walters’ character has made remarkable progress in re-establishing a relationship with Kyle and gaining Jack’s sympathy. But do his sympathetic feelings trend toward love?

Y&R Spoilers – Jeremy Stark Is Out

Jeremy was introduced via a series of flashbacks. Viewers learned that Diane initially dated Jeremy until realizing he was using her as a money laundering mule.

She provided information to the authorities that put him in prison. Diane’s immunity deal protected her from incarceration but offers little defense now that he has been released years earlier than his initial sentence dictated.

Kyle and Jack will certainly stand in Jeremy’s way if he attempts to harm Diane. Of course, that assumes either man will have the opportunity to play defense in Genoa City, Wisconsin.

The Young And The Restless Spoilers – Jack Abbott Goes Backward?

Phyllis Summers (Michelle Stafford) was concerned that Jack would be fooled by Diane. Red was overly familiar with the trouble Diane caused when Kyle was a boy, using her genetic link to Jack as a tool.

Diane can not be underestimated. That is what she told Phyllis, Nikki Newman (Melody Thomas Scott), Ashley Abbott (Eileen Davidson), and Tucker. Jack appears not to realize he is doing that, but Kyle does.

While Kyle loves his mother, he also recognizes the trouble she could cause his father if a romantic spark is rekindled. Whether Diane or Jack heeds their son’s warning will be seen this fall and winter on Y&R.