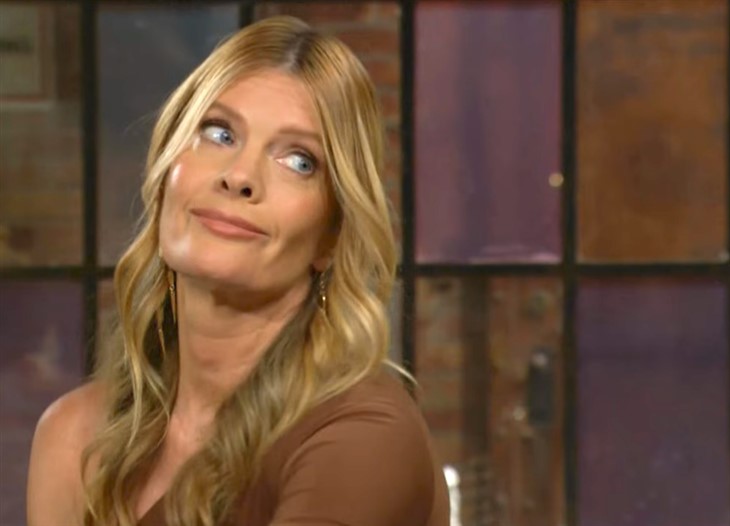 The Young and The Restless (Y&R) spoilers and updates tease Phyllis Summers (Michelle Stafford) might hook up with Jeremy Stark (James Hyde) once she gets him to town. She could use a new love interest and the two of them together could form a dangerous duo, especially for Diane Jenkins (Susan Walters)!

Phyllis and Nikki Newman (Melody Thomas Scott) meet once again with reporter Talia Morgan (Natalie Morales) at the Glam Club, where Phyllis tells Talia there’s a new twist. She found out that Diane had been involved with Jeremy Stark, as a money mule and then of course she added some touches of her own. She wanted Talia to add that detail to the exposé but she wouldn’t touch it with a ten foot fountain pen – even Nikki got nervous over that one.

Nikki said they can’t involve a dangerous criminal like Jeremy Stark and Talia said the same – she might consider the story but she wants some proof first. That’s how Phyllis gets the newly paroled Stark to Genoa City, all she’s interested in is getting Diane out of town even if she has to pay him.

There’s no doubt Phyllis blew it with her two previous romances, dumping Nick Newman (Joshua Morrow) when her fancy turned to Jack Abbott (Peter Bergman). Then she blew it with Jack becoming territorial over him and bragging about their having sex in front of Diane and he dumped her. She could always try reconnecting with Daniel Romalotti’s (Michael Graziadei) baby daddy Danny Romalotti (Michael Damian) but it sounds like he’s only back for a visit.

Phyllis may not be feeling so good about herself as a prime catch for a man anymore, and snarked that Jeremy’s standards were low as an insult to Diane. The worse than con man might make a play for Phyllis, or maybe she might make a play for him once he arrives..if only to bring Jack to her rescue.

The Young And The Restless Spoilers – Royal Backfire

But if Phyllis hooked up with Jeremy, it could royally backfire – or they could become a dangerous duo since Phyllis is a manipulating conniver herself. If she hooks up only to make Jack jealous, therefore drawing him away from Diane, it could put her in danger from Jeremy. Diane could even worry over Phyllis being in danger, impressing Jack and drawing him closer.

On the other hand, Jeremy might fall for Phyllis and Phyllis fall for Jeremy and it be true love for both. Now, that would make them the pariah couple of the century in Genoa City, and have all her children and exes scrambling to save her!