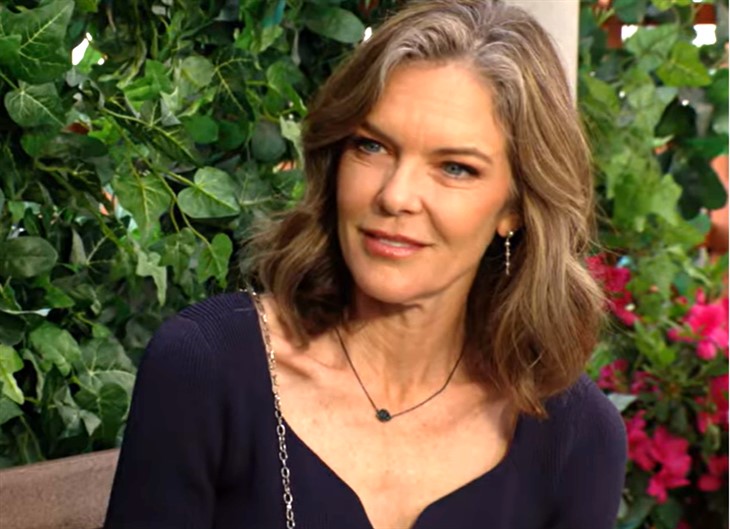 The Young and the Restless spoilers tease Phyllis Summers (Michelle Stafford) has had enough of Diane Jenkins (Susan Walters) & has kicked her out of her hotel.

It seems that the Grand Phoenix is the only hotel open & operating in Genoa City right now. After all, even Ashland Locke (Robert Newman) who has been kicked out of the hotel is again a guest. Sally Spectra (Courtney Hope) has also been kicked out of the Grand Phoenix at least once. Even so, Sally frequents the Newman Media Suite at her & Adam Newman’s (Mark Grossman) leisure whenever work gets a little stressful.

So, where does Phyllis Summers expect Diane Jenkins to take cover next?

Homeless? Not So Much on Y&R. Not Even When She Was Dead…

If Diane Jenkins can make it back from the other side, she can probably find another spot to land after being removed from the Grand Phoenix.

The Young The Restless Spoilers – The Streets Of Genoa City, The GCAC, Or The Abbott Estate On Y&R

It’s clear Diane Jenkins is not leaving Genoa City any time soon. This means she has to be where we can see her.
Aside from the crash that involved Victoria (Amelia Heinle), Ashland, & killed Rey Rosales (Jordi Vilasuso), the streets of Genoa City are not in site of Y&R viewers.

Neither is the occasionally talked about Genoa City Athletic Club.

The Abbott Estate, however, is regularly visited. Diane Jenkins has already been by the residence a handful of times despite not being back from the dead any longer than Mariah Copeland (Camryn Grimes) was held kidnapped & captive while pregnant with Abby Newman-Abbott-Chancellor’s (Melissa Ordway) baby.

Clearly, Diane will not end up homeless. Frankly, she’s more likely to end up dead again.  It seems the Abbott Estimate will be taking in yet another new resident if nothing else for ratings while continuing to minimize the number of sets on Y&R.

Jack’s (Peter Bergman) granddaughter who he just met via Diane Jenkins has just taken a room upstairs at the Abbott Estate.

Will Allie’s (Kelsey Wang) connection to the Abbott family also be taking a room? Perhaps they can share a bathroom…

Regardless, if Diane either doesn’t leave Genoa City (dead or alive) ASAP, Phyllis is not going to be happy.