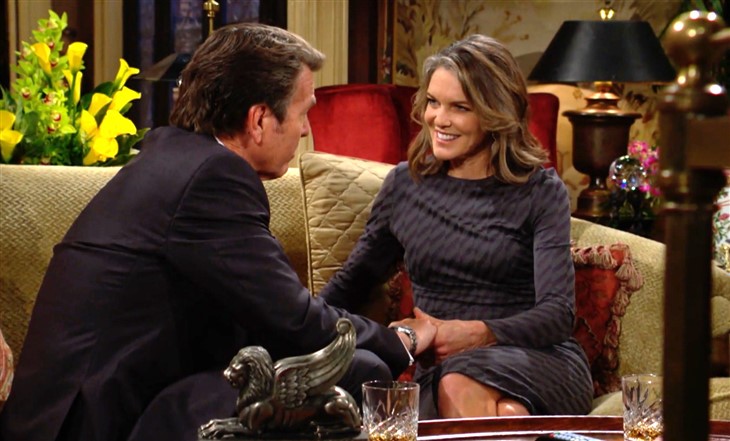 The Young and the Restless (Y&R) spoilers reveal Diane getting out of her dream world and just doing what she’s wanted to do for months.

The Young And The Restless Spoilers – Diane’s On A Mission

It’s been clear since Diane Jenkins (Susan Walters) first revealed herself as being alive months ago and making sure the first person to know of her alive status was Jack Abbott that she was returning for Jack Abbott (Peter Bergman)– and her son, Kyle Abbott (Michael Mealor) of course. Those old feelings were very apparently still there but Jack didn’t want to believe that was true no matter how much Phyllis Summers (Michelle Stafford) told him it was.

In fact, Jack, who had pursued Phyllis for months on end and finally got her, was so sure that she was wrong that he dumped Phyllis for being mean to Diane. That never made sense and it still doesn’t make sense. However, it has prompted Phyllis to lead a mission to show Diane’s true colors and make her lose her temper the same way Diane made Phyllis lose her temper in front of Jack.

Y&R Spoilers – Diane Jenkins Goes For What She Wants

After the debacle at Marchetti last week, Diane knows that she has to tread carefully, so when she pays a visit to the Abbott mansion, she first says she is there just to bring a little gift for Harrison, but then has to confess to Jack that she really wants to see him and talk.

Jack agrees to have this big conversation with Diane and she makes the case for how she has changed and she just wants Jack to acknowledge that.

“She has worked really hard to become a better person but she wants to know if Jack believes she has changed,” Susan Walters said in the October 3, 2022, issue of Soap Opera Digest. “It’s one thing that someone can be tolerant enough to be in the same room as you, but being able to forgive is a huge step.”

As for Jack, he tells her is just not ready to forgive yet, but he can work on forgetting. Diane is so thrilled by this that she kisses Jack, something she has fantasized about doing before.

“The opportunity presented itself so she went for it,” Walters said. “She’s hoping that he at least finds it flattering.”

Stay tuned to The Young and the Restless weekdays to see how this story plays out.