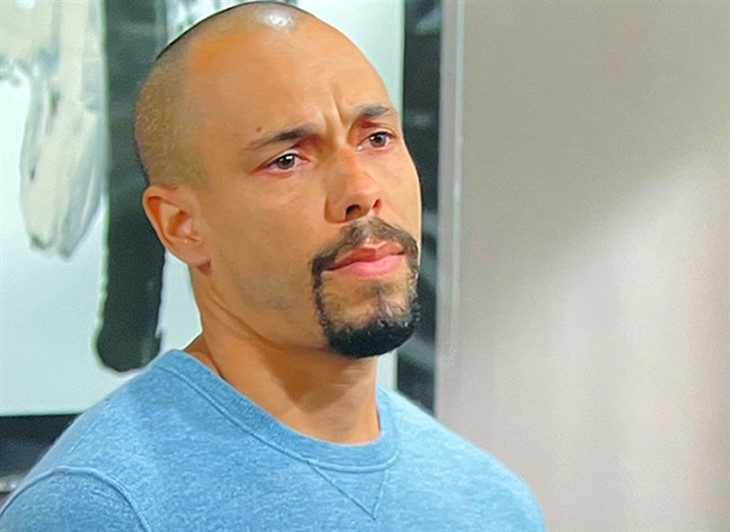 The Young And The Restless Spoilers – Devon Has Taken Care Of Dominic A Lot, And Even Helped Deliver Him

Viewers of The Young and The Restless will recall that Devon has taken care of Dominic a lot, and even helped deliver him when he and Abby Chancellor (Melissa Ordway) finally found Mariah Copeland (Camryn Grimes) in the throes of labor after being held captive by Stitch Rayburn (Sean Carrigan)! Viewers of The Young and The Restless have noted that Devon and Dominic have always seemed to have a bond, although now his father Chance Chancellor (Conner Floyd) is back and seems also to have a way with baby Dominic similar to Devon’s.

The fact is, Devon knows better but he is very attached to his birth son, and now that Chance is back in the picture, he’s having a hard time detaching from Dominic emotionally! Mentally, Devon knows that he is the baby’s godfather – and would step up if Chance had not returned “from the dead” – but now that he has to step aside, he’s having a difficult time of it!

Longtime viewers of The Young and The Restless will remember that when Hilary Hamilton (Mishael Morgan) died, she miscarried Devon’s child shortly before her death, and so he lost a child and he lost his wife close to the same time! Viewers of The Young and The Restless should not be surprised if Devon subconsciously is attached to Dominic as the child that he lost with Hilary, as well as being attached to him as his current birth child.

Devon has a heart to heart with Amanda about Dominic – and how he has become even more attached to him and even more of a bond with him as his son, even though he legally is only the sperm donor and his godfather. Abby had agreed that Dominic would have a relationship with all his “parents” but Mariah has already struggled with being too emotionally close to the baby, and now Devon seems to be going through the same thing!

Amanda tells Devon that he’s walking a fine line by continuing to hang close to the baby he fathered as a sperm donor, that while his attachment to Dominic may not actually be so inappropriate, were he to act on his secret wishes it may be inappropriate! Viewers of The Young and The Restless can tell that Devon, like Mariah, is coming close to wanting to raise Dominic as his own and that cannot happen with Abby and Chance still living.

Even if something were to happen to both, Amanda notes that a godparent arrangement does not always ensure the godparents would raise the child-after all, both grandparents are living and able and willing to take over. Viewers of The Young and The Restless may wonder if Devon and Mariah as well might want to get something amended legally for them to have custody of the baby should the worst eventually happen, but Amanda doesn’t think that would be possible without Chance and Abby initiating it!