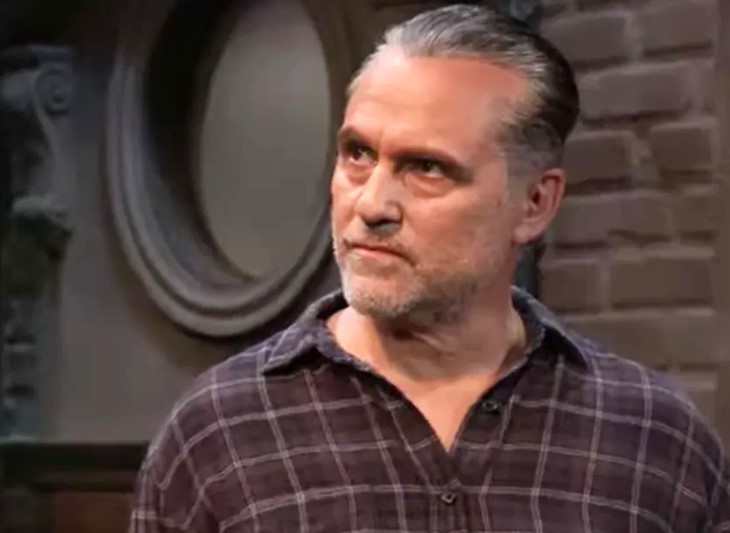 General Hospital (GH) spoilers for Thursday, January 6, 2022, reveal Dante confronting Sonny with what is really going on in his life.

General Hospital Spoilers – Can Sonny Corinthos Face His Own Truth?

Dante Falconeri (Dominic Zamprogna) figures he should give Sonny Corinthos (Maurice Benard) back his car keys and see how he’s doing after his drunken New Year’s Eve. He reminds Sonny that he said a lot about Nina Reeves (Cynthia Watros) and his life as Mike in Nixon Falls and Dante wants to know if he meant everything he said.

Sonny tries to live in denial about Nina and insists that it is all over, but Dante asks him if it all still might be real to him.

Meanwhile, Olivia Falconeri (Lisa LoCicero) plays devil’s advocate with Carly Corinthos (Laura Wright) and reminds her she married Jason Morgan (Steve Burton) and it was going to be a real marriage. Carly counters with the fact that she chose Sonny as soon as he returned but Sonny can’t seem to choose her.

GH Spoilers – Tracy Quatermaine Figures It All Out

It didn’t take long for Tracy Quartermaine (Jane Elliot) to put the pieces together and realize that Bailey is really Louise. After all, Brook Lynn (Amanda Setton) said she got the baby with consent and Maxie Jones (Kirsten Storms) sure seemed interested in the little girl that is the same age as the baby she gave birth to.

Now, BLQ has to inform Maxie that it’s getting harder and harder to keep her secret. When will Maxie finally decide to tell the super spies in her family what is going on so she can fix this problem once and for all? Make it make sense.

Speaking of Tracy, Alexis Davis (Nancy Lee Grahn) and Sam McCall (Kelly Monaco) are not happy to see her at all considering she set Alexis up for drunk driving the last time she was in town.

Sasha Gilmore (Sofia Mattsson) and Brando Corbin (Johnny Wactor) meet up with Gladys Corbin (Bonnie Burroughs) at the Metro Court and wonder if Sasha is doing the right thing by going back to work. She just wants to cope the best she can but will she end up doing that with drugs? Stay tuned to General Hospital weekdays to see how these stories play out.