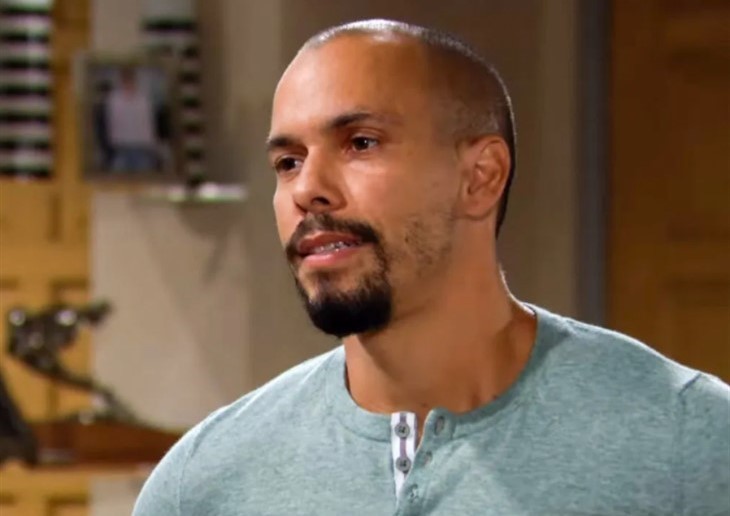 The Young and the Restless (Y&R) spoilers tease that there could be a baby boom explosion in Genoa City, Wisconsin soon and in this case it will be a one man band behind it!

There is only one GC man who has potentially impregnated three women (that we know of) in the recent past, including Abby Newman (Melissa Ordway) by artificial means.

It’s none other than billionaire mogul Devon Hamilton (Bryton James)—at least he has the funds for all the diapers necessary.

The Young And The Restless Spoilers – Is Devon the Baby Daddy Times Three?

What are the chances that Devon finds himself a baby daddy with three baby mammas? It would be a scandalously soapy scenario and we are 100 here for it!

Devon has slept with both Elena Dawson (Brytni Sarpy) and Amanda Sinclair (Mishael Morgan) and neither were the wiser until they were. Oopsie.

Elena clearly has never gotten over Devon. The fact that the actors are a real life couple could figure into their reunion, given the current COVID situation and restrictions on filming.

Y&R Spoilers – Is Devon Going To Be Investing in Pampers?

But let’s not discount the fact that Devon has offered up his swimmers to Abby, via Mariah Copeland (Camryn Grimes). Who cares if Abby and her husband can’t make a baby—Y&R spoilers say Devon is there to fill the breach.

The Young And The Restless Spoilers: Will Chance Chancellor Return – What We Know!https://t.co/FcDsSopEwq

Explosive show spoilers tease that Devon is already getting broody. The dangerous thing is, he doesn’t have kids of his own yet, so if he fathered a child via surrogacy, he might become so attached he demands to be a bigger part of its life than originally intended.

Which could get tricky if he also fathers children with Elena and Amanda. Then again nothing is ever easy, or even plausible on soaps, so we say the more the merrier where Devon and his brood is concerned. Now we want to know what you think Y&R fans—will or should Devon become a baby daddy times three?

Be sure to catch up on everything happening with Y&R right now. Come back to Soap Opera Spy often for The Young and the Restless spoilers, Y&R news, and soap opera updates.