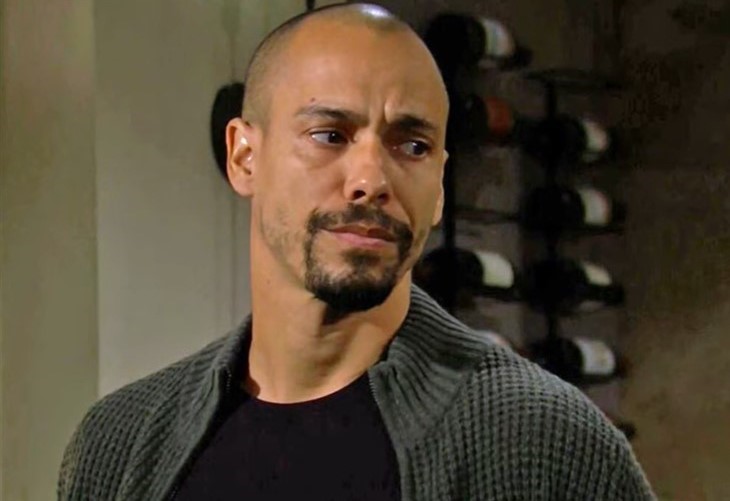 The Young and the Restless (Y&R) spoilers for Monday, March 21, 2022, reveal Deon turning to a very odd person for some very big advice.

The Young And The Restless Spoilers – Devon Hamilton’s Dilemma

Devon Hamilton’s (Bryton James) life has been consumed by one thing ever since he learned Abby Newman Chancellor (Melissa Ordway) needed some sperm to make a baby for Mariah Copeland (Camryn Grimes) to carry. He was only supposed to be the sperm donor and nothing more and Jill Abbott’s (Jess Walton) grandson, Chance Chancellor (Connor Floyd), was supposed to be the actual father.

Well, nothing went as planned, including the fact that Mariah was kidnapped at the end of the pregnancy. Chance was missing. Abby was a mess. Abby turned to Devon so he would then become attached to the baby and now Devon wants more and more time with him legally, while Chance doesn’t want to have much to do with Dominic at all.

Why Devon decides to turn to Jill for advice, we are not quite sure, but he does it anyway. He really doesn’t want to hurt Chance and Abby but things have spiraled out of control. Maybe Jill can offer some insight into Chance since she is his grandmother. Or maybe Devon just needs some business advice.

Perhaps Jill should be giving advice to Billy Abbott (Jason Thompson), as well. He is starting a new chapter in his life and although Lily Winters (Christel Khalil) is there for him, maybe he also needs his mother. However, Billy is always starting a new chapter. It seems every year he starts something new. And those new things never seem to work out because nothing Billy does ever seems to work out.

Will Billy’s latest venture finally be a success? He’s waited so long to feel like he has accomplished something in life and this could be it. Billy’s ramblings at night. Really, what more could anyone ever want? Well, Lily likes Billy’s ramblings at night, but that’s a whole other story. Will a podcast really be the thing that saves Billy from himself? Stay tuned to The Young and the Restless weekdays to see how these stories play out.