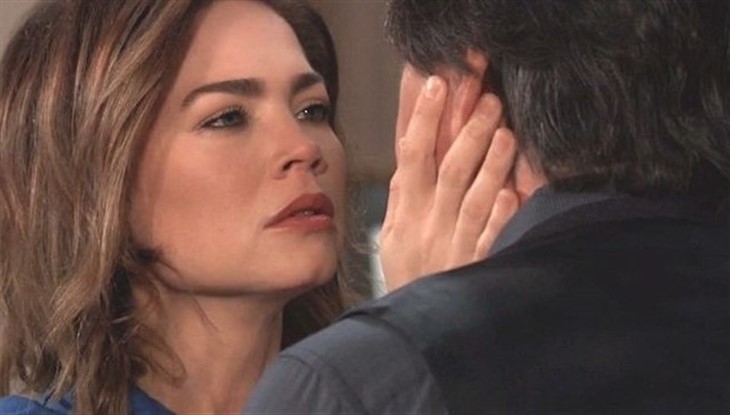 General Hospital Spoilers – Jake Webber Ruled Out, But Elizabeth Baldwin Is Still Under Lots Of Strain

General Hospital viewers will remember that Jake Webber (Hudson West) was ruled out as the culprit who has been doing all the strange and sometimes dangerous things which relate to Franco Baldwin (Roger Howarth). Finn had a heart to heart talk with Jake and Jake assured Finn he had no problems with him personally or with his mother dating him, although he questioned him about where he had been.

General Hospital viewers then will recall that Jake was worried that Liz wouldn’t forgive him if she found out the truth, which was that he was at the library and had been communicating with his grandparents! Indeed, Elizabeth was upset because she has a problem with her parents, but at least he isn’t having the major problems she feared that he was with acting out past trauma from Cassadine Island! But, as for Elizabeth herself, she is still under lots and lots of strain and stress not the least of which if Jake didn’t do these things, who did – that mystery is still unsolved!

General Hospital viewers will recall that Elizabeth’s putting the brakes on her romance with Finn really didn’t help, since the boys have no problem with him or with her dating. General Hospital viewers know that Aiden Webber (Enzo DeAngelis) the youngest boy seems to be the one with the least problems right now in his life. Jake’s being somewhat a victim of his mother’s dysfunctional relationship with her parents could have a trickle-down effect on Aiden, but so far he seems to be doing okay.

Cameron Webber, (William Lipton) is having some serious problems with fallout from the sex tape made of him and Josslyn Jacks (Eden McCoy) which Finn doesn’t know about so far. Finn remains a stalwart friend to Elizabeth and a supporter to her boys if they want and need it, and acting as a detective trying to piece together who could be gas lighting her and if they could be because of him!

General Hospital Spoilers – The Stalker Is Still Out There, But Elizabeth Baldwin Resolves To Move Forward With Hamilton Finn

General Hospital viewers know that the stalker is still out there, and Elizabeth checks in with Detective Dante Falconeri (Dominic Zamprogna) about the situation, including the open arson case regarding Franco’s art studio. General Hospital viewers know that Dante, Finn and Liz are all concerned about who has had access to her house and who could be doing these things, since the boys all have been ruled out.

The incidents, other than the arson, have not been violent although that shredded wedding dress certainly could be taken as a hostile message; but Elizabeth decides she’s not letting them stop her! Elizabeth drops in on Finn initially to thank him for being such a supportive friend to her and her family, but then she suddenly grabs him for a kiss and they’re back on! Finn and Liz resolve to face whatever is ahead together, and she’s not letting anyone intimidate her away from him!