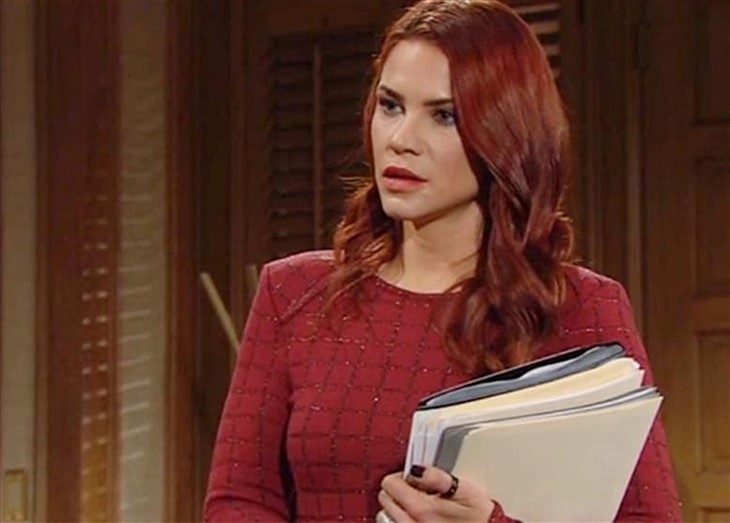 The Young and the Restless (Y&R) spoilers tease that Chancellor Winters will need someone to help Daniel Romalotti, Jr (Michael Graziadei) develop his gaming business plan. With Lily Winters (Christel Khalil) and Devon Hamilton (Bryton James) having no experience in this industry, they will need someone to guide them.

Jill Abbott (Jess Walton) talked to Sally just after Victoria Newman (Amelia Heinle) fired her from Newman Media. It looked like she wanted to offer her a job, but she didn’t. Perhaps, after she learns that Lily and Devon agreed to bankroll Daniel’s gaming idea, she will suggest they bring Sally on board to help.

Daniel pitched his gaming idea to Lily and Devon. He said he did research, and it could be a great moneymaker. Lily and Devon agreed and offered to help him make his idea a reality.

This part of Daniel’s storyline’s purpose is to put Lily and Daniel together. They will work together, creating distance between Lily and Billy Abbott (Jason Thompson).

Daniel told his mom, Phyllis Summers (Michelle Stafford), that his marriage was in trouble. He hasn’t revealed any details other than they are living separately for the unforeseeable future. It definitely sounds like a divorce could be in his future.

That leaves the door open for Daniel and Lily to rekindle their romance. Y&R spoilers tease that Daniel and Lily’s closeness will alarm Billy. He might have a problem with Lily working long hours with her high school sweetheart. At any rate, Daniel’s return spells trouble for Lily and Billy.

Sally has been looking for a job for several weeks. She‘s tried looking for work and considering forming her own business. On Tuesday, November 29, Sally told Chloe Mitchell (Elizabeth Henderickson) that she didn’t want to open a new fashion house. She wants to do something bigger. Sally hoped Chloe would go along with her with a new business, but if she didn’t, she hoped they would remain friends.

Y&R spoilers state that Sally will get a surprising offer. She could get a job offer from Chancellor Winters to help Daniel get his gaming idea on the market. It sounds like an excellent opportunity for Sally.

Do you think Sally would accept a job offer from Chancellor Winters? Keep watching Young and the Restless, airing weekdays on CBS and streaming on Paramount Plus. This site is a leading source for everything linked to The Young and the Restless. Check back regularly for Y&R spoilers and news!