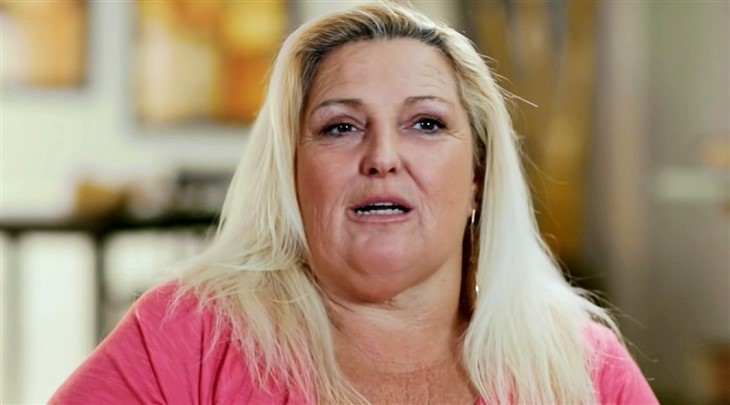 90 Day Fiance spoilers reveal that fans of the show are concerned about how TLC treats Angela Deem like a queen even though that is not how she treats anyone. Fans of the show have been trying their best to get Angela kicked off of the show because of how abusive she is with her husband, Michael Ilesanmi. From the first time we saw them together, she has always been one of the most jealous people on the show. He has been verbally and emotionally abusive and it has even gotten physical at times. TLC has been very open about men who have abused women, but why are they not firing her from the show? Are they hiding even more footage of her being abusive? Some fans think so.

Angela and Michael’s relationship has ever been easy, from the looks of it. Her explosive behavior has been part of many conversations online and fans aren’t sure why she is stil with the franchise. Many fans even feel as if TLC has done a lot to edit the footage of her and Michael becasue she is so violent with him. The drama between these two is clearly what gets the ratings, but when is it too much? Fans began to think TLC has edited all of the violenece out because of a scene from the last episode.

The couple was starting to get into a heated discussion, which turned into an altercation rather quickly. Angela began to push and shove him and then suddenly, it was almost a new scene. The editing was done so poorly in this scene and it has led viewers to think that something is up with the footage. There was even a scene, toward the beginning of this season, when Angela was tearing apart Michael’s car. The way that it ended up being edited made Michael out to look like he was the agressor in the scene when we all know that’s not the case.

With all of these fans coming out and saying that they were upset by Angela’s behavior on the show, why does TLC keep her around? We all have seen the proof that she is abusing Michael, yet there has been nothing done by them. One fan wrote on Reddit, “She belongs in jail. This seems so wrong to even watch. Look at the way that she points at him and the way that she shoves him. This is not a healthy relationship. Why is she still on this show?”

We do hope that the producers of the show can hear what the fans are saying. This is pretty scare stuff that we’re watching every week.