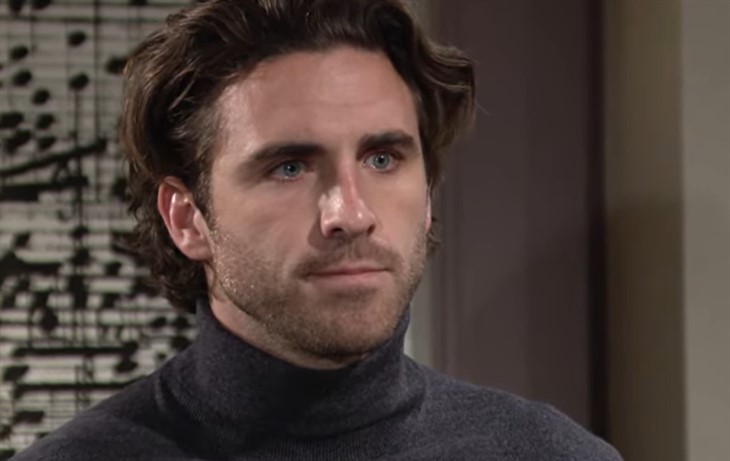 The Young and The Restless spoilers and updates tease that Chance Chancellor (Conner Floyd) will honor Rey Rosales (Jordi Vilasuso) by solving his unsolved cases in upcoming episodes of Y&R!

Rey’s death was so unexpected – he seemed fine when he left Crimson Lights that night to go back to the ranch to pick up his hockey tickets. Chelsea Lawson (Melissa Claire Egan) and Connor Newman (Judah Mackey) were waiting for him to return, Connor excited about watching the big hockey game in Chicago. His sudden death, presumed to be from injuries sustained in the wreck which also involved Ashland and Victoria Newman-Locke (Robert Newman, Amelia Heinle) turned out to be from a heart attack!

Chance was as shocked as anyone else was, and of course had assumed that Rey died from the wreck – possibly caused by the Locke; until the autopsy report came back. Chance took it upon himself to tell Sharon Rosales (Sharon Case) that the death was from a heart attack which likely caused him to swerve.

Y & R Spoilers – Rey Rosales Left A Lot Behind, Including A Bunch Of Unsolved Cases

Chance, who recently went through therapy for his PTSD caused by his experience in Spain, had just gotten back to work at the GCPD with Rey being his partner. It is small comfort that he truly could not have done anything to save Rey’s life, but he’s finally accepted that truth about his team in Spain. Chance has had a lot of healing since coming back from the mission where he was gone for months and supposedly died himself.  Now, Chance decides he will make it his new mission to close out his late partner’s unsolved cases and he soon will get to work doing so. His wife, Abby Newman (Melissa Ordway) should understand that he may again run into danger, but that is the life of a person in law enforcement.

He may run into some danger along the way, but Chance chose this profession – he chose to be the good guy against the bad guys. It is part of the way of life for anyone in any type of law enforcement, whether federal or a local police department.

Chance looks at the cop’s life as a way to protect and serve, not only the greater population of Genoa City, Wisconsin but also his own family. Rey looked at it the same way, and Chance and Rey both possessed a strong sense of civic duty. Chance won’t be able to attend Rey’s funeral since his mother is holding it in Miami, but he would have been proud to give a eulogy. He hadn’t gotten to know or to work with Rey nearly as much as he would have liked to, but wants to make sure that his memory is honored properly!