The Young And The Restless (Y&R) Spoilers: Chelsea’s Breakdown, Blames Herself For Rey’s Death? 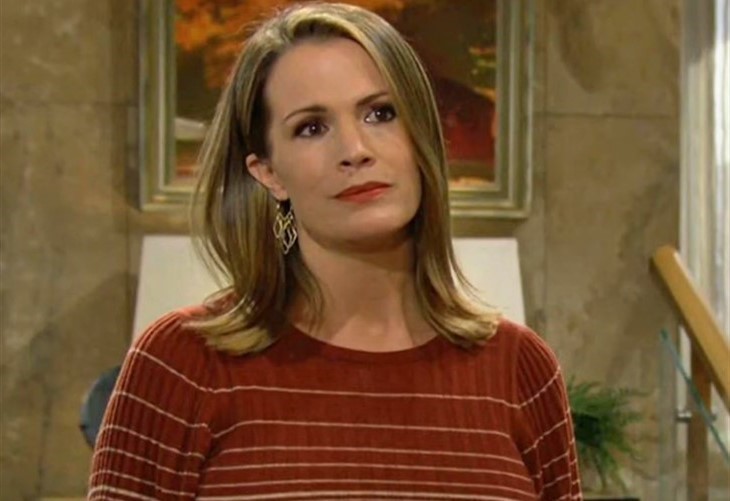 The Young and the Restless (Y&R) spoilers tease that Rey Rosales’ (Jordi Vilasuso) sudden and out of the complete blue death will have serious repercussions for several Genoa City, Wisconsin residents. His widow Sharon Rosales (Sharon Case) will be the most affected by this tragic event, but at the time of Rey’s death he was on an errand that involved Chelsea Lawson (Melissa Claire Egan). She now has enormous guilt and explosive show spoilers reveal that Chelsea’s BFF Chloe Mitchell (Elizabeth Hendrickson) has fears that she will experience a mental breakdown.

Chelsea took it unbelievably hard when she found out that Rey died and she has nowhere near the support system that Sharon has. In fact Chelsea has a shady past where Rey is concerned, so she may be extra hard on herself now that he has passed so suddenly.

Chelsea once poisoned Rey in a bid to make Adam Newman (Mark Grossman) look like the guilty party. Luckily nothing too horrible happened to the top cop, but it shows that Chelsea is not exactly a Girl Scout. Somehow Rey forgave her and at the time of his death she was a little sweet on him which will weigh on her mind when she keeps seeing his widow around town.

Rey was in the process of taking Chelsea and her son to a hockey game, something that Sharon said was ok with her, but actually was not in her heart of hearts. Rey and company were ready to set off on the big adventure when he realized he forgot the tickets at home. He left to go get them and in so doing suffered a heart attack behind the wheel leading to a crash.

Some fans are speculating that an otherwise healthy, active 30-something may have been nudged into the shock heart attack, say like a bout of poisoning? Rey was hospitalized after Chelsea tainted his personal care products and this will not be forgotten in the wake of his death.

The Young And The Restless Spoilers:

But even if he had not been harmed by the poison, perhaps he could have been saved if he was not alone in a car doing something for Chelsea and her son? Either way we slice it, Chelsea is coming in for a share of the blame pie.

During the week of May 2-6 Chloe will grow increasingly concerned about her bestie and fears of another breakdown look real.