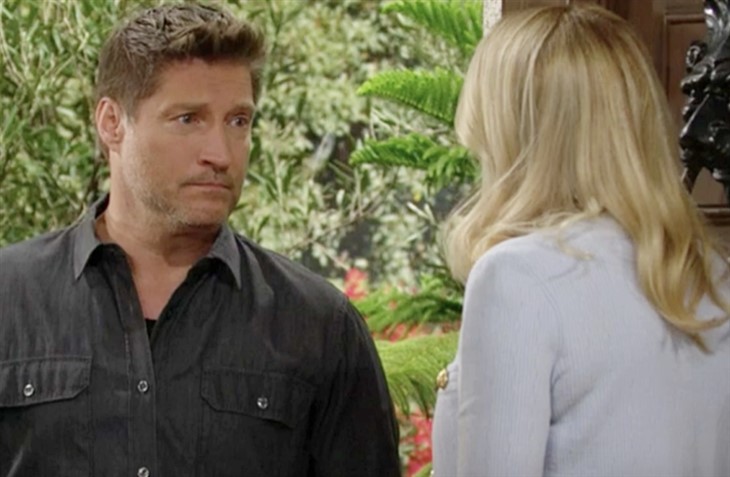 The Bold and the Beautiful spoilers reveal that Ridge Forrester (Thorsten Kaye) softens toward Brooke Logan Forrester (Katherine Kelly Lang). However, by the time the champagne scheme is exposed, Ridge has already cemented his bond with Taylor Hayes (Krista Allen). The head writer explained why Deacon Sharpe (Sean Kanan) could still have a chance with Brooke.

The Bold And The Beautiful Spoilers – Sheila Carter Exposed

Head writer and executive producer Bradley Bell talked about May sweeps with Soap Opera Digest. The scribe explained that when the truth comes out about Brooke’s relapse on New Year’s Eve, Ridge will soften his stance. Ridge will realize that Brooke wasn’t at fault for what happened on New Year’s Eve.

The Bold And The Beautiful Spoilers – Connection With Taylor Hayes

The Bold and the Beautiful spoilers reveal that Ridge regrets walking away from Brooke. Even so, the situation is more complicated now. Steffy’s coma and Finn’s death have brought “Tridge” closer together. Due to the reconnection, Ridge will have a hard time making a decision between Taylor and Brooke.

“… Ridge is going to realize that Brooke’s own indiscretion with Deacon —  kissing Santa Claus and getting drunk – was an effect of Sheila’s manipulations, and he’s going to really soften his stance on Brooke and be more torn than ever between these two wonderful ladies and mothers of his kids.”

The Bold and the Beautiful Spoilers: Deacon Sharpe Has Chance

However, Ridge’s indecision and waffling could be exactly what scores a victory for Deacon. Bell told the magazine that Deacon still has a chance with Brooke. The scribe also said that Deacon is a one-woman man, which implies Ridge’s waffling could lead Brooke to make a shocking decision.

“Deacon’s strength is that he’s a one-woman guy and he’s there for Brooke and he’s really going to try and win Brooke over and we’ll see if he’s successful with that. Hope [Logan Spencer, played by Annika Noelle] wants what’s best for her mother, but she also wouldn’t mind seeing Brooke give her father a second chance. So, Deacon is in the game as well.”

Which man do you think is better for Brooke? Should Brooke take back Ridge even though part of his heart beats for Taylor? Or could Deacon being a one-woman guy be what’s best for Brooke?

How Old Is Doug On Days Of Our Lives?