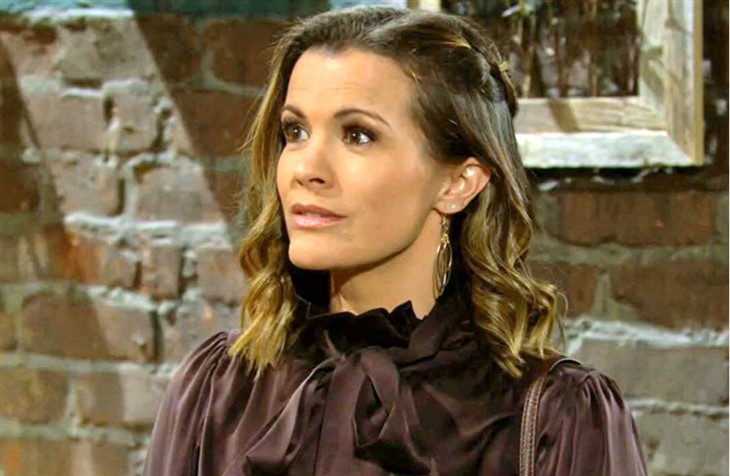 The Young and the Restless (Y&R) spoilers for the next two weeks are in. From April 25 to May 6, Chelsea Lawson (Melissa Claire Egan) has to defend herself. Chance Chancellor (Conner Floyd) makes a shocking discovery. Plus, Kyle Abbott (Michael Mealor) meets Diane Jenkins (Susan Walters) while Billy Abbott (Jason Thompson) gets an ultimatum.

The Young And The Restless Spoilers – Aftermath of Car Crash

Y&R spoilers for the week of April 25 reveal that Sharon Rosales (Sharon Case) makes a tough decision. Celeste Rosales’ (Eva LaRue) wants Rey Rosales’ (Jordi Vilasuso) body to be buried in Miami. However, Sharon is torn about that as she wants Rey’s funeral to be in Genoa City. In the end, Sharon decides to honor the wishes of Rey’s family.

Ashland Locke (Robert Newman) seems to be traumatized by the accident. Ashland keeps having flashbacks of Victoria Newman (Amelia Heinle) nearly burning in the vehicle. As Ashland breaks down in tears, he is interrupted by Victor Newman (Eric Braeden) knocking on the door. Victor is there to demand Ashland leave town as per their agreement.

Meanwhile, Chelsea is forced to defend herself. Sharon continues leaning on Nick Newman (Joshua Morrow). Chance makes a shocking discovery, which could be what really caused the accident. Plus, Billy comforts Victoria but he also receives an ultimatum from Lily Winters (Christel Khalil).

During the week of April 25, Jack Abbott (Peter Bergman) tells Nikki Newman (Melody Thomas Scott) about Diane. Nikki is stunned and demands to see Diane. So, expect one heck of a confrontation.

Kyle and Harrison Locke (Kellen Enriquez) will return to Genoa City. Jack will finally tell Kyle about his mother being alive. So, expect Kyle to make a decision about Diane. Since they do come face to face by the end of the week, Kyle might demand answers. It is also teased that Kyle opens up to Traci Abbott (Beth Maitland).

The Young and the Restless spoilers reveal that Mariah Copeland (Camryn Grimes) and Tessa Porter (Cait Fairbanks) debate about their wedding date. “Teriah” offers to reschedule it in light of Rey’s death. However, Sharon insists that the wedding continue as planned.

Victor will reconsider his decision about Victoria and Adam Newman (Mark Grossman). Victoria will struggle with her new normal. Then, Ashland makes a promise to Victoria, which could complicate her feelings. As for Sally Spectra (Courtney Hope), she makes a confession to Adam. Imani Benedict (Leigh-Ann Rose) goes after Nate Hastings (Sean Dominic) again. Plus, Lily gets into a heated discussion with Devon Hamilton (Bryton James)

During the week of May 2, Diane will get closer to Kyle. Phyllis Summers (Michelle Stafford) continues to doubt Diane’s intentions. Billy consoles Victoria while Adam and Sally talk about their relationship status. However, could Chelsea leaning on Adam complicate Sally’s romantic goals?