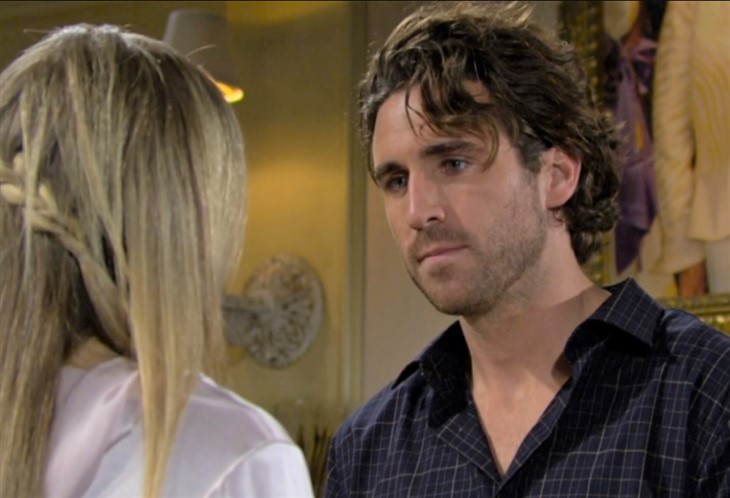 The Young And The Restless (Y&R) spoilers tease that Chance Chancellor (Connor Floyd) asked Abby Newman (Melissa Ordway) for a divorce. That opens the door for a possible romance with the beautiful Sharon Newman (Sharon Case).

As Adam Newman (Mark Grossman) so elegantly pointed out to Sally Spectra (Courtney Hope) last week, Nick Newman (Joshua Morrow) will never love any woman like he does Sharon. If Chance takes up a romance with Sharon, it could spark jealousy in Nick.

On Tuesday, November 29, Victor Newman (Eric Braeden) asked Chance what he did to Abby to cause their marriage trouble. Chance took the blame, stating his job was causing conflict. Victor urged him to make it right, as he hates to see his daughter in pain.

Later in the show, Abby ran into Chance at Crimson Lights. He told her that it was time for them to make the separation official and get a divorce. He doesn’t see a reason to prolong their divorce. Of course, Abby doesn’t want to divorce Chance, so that this decision will be painful for her.

Sharon is kind and wants to help others. It’s not a huge shocker that when she notices Chance in pain over his marriage, she lends an ear to support him. Y&R spoilers state that Chance will lean on Sharon to get through his divorce, which could lead to a romance.

Y&R viewers are ready for Sharon to find romance again. Chance might not be the man for Sharon, but if it gives her more screen time, the soap fans will be all for it. So far, CBS hasn’t announced Chance’s exit, so they must have something planned for the character.

If Chance and Sharon end up a couple, the Y&R viewers can expect Nick to struggle with jealousy. It might force him to confront his feelings for his ex. Who knows, it could lead to Shick’s reunion down the road.

The Young and the Restless viewers can expect Abby to continue to fight for her marriage. Down the road, most soap fans assume she will end up with Devon Hamilton (Bryton James). The thought of Chance and Sharon brings explosive drama.

Y&r fans, would you like to see Chance and Sharon together? Do you think Sharon and Nick will end up together again? Keep watching Young and the Restless, airing weekdays on CBS and streaming on Paramount Plus. This site is a leading source for everything linked to The Young and the Restless. Check back regularly for Y&R spoilers and news!