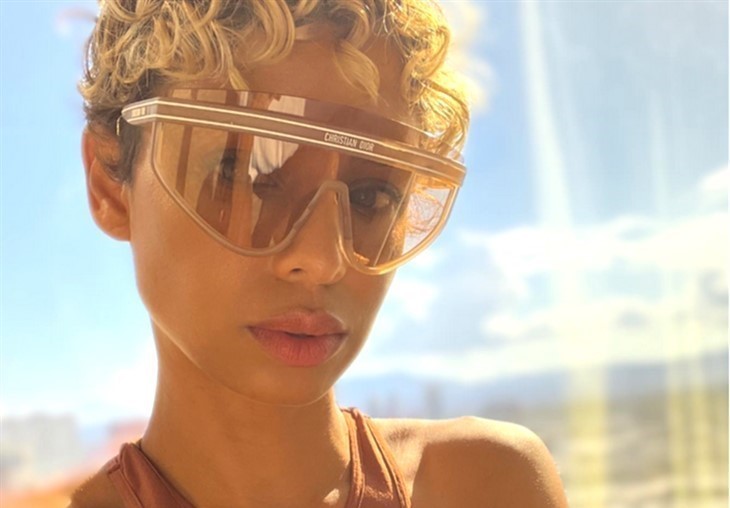 The Young and the Restless spoilers show that in a social media post, Brytni Sarpy (Elena Dawson) teases that there will be some “fire” scenes coming up shortly. In her Instagram stories which will be gone soon, she posted a photo of her boots along with a short clip of her driving in her car telling fans when they see those boots, they can expect something big to happen.

This has us wondering if there might be a bit of a double meaning hidden in “fire” and perhaps the excitement will literally stem from a fire! However, I think many of us are leaning towards a showdown between Imani Benedict (Leigh-Ann Rose) and Elena!

The Young And The Restless Spoilers – Imani Benedict Had It Coming

The Young and the Restless spoilers show Imani has been flirting with Nate Hasting (Sean Dominic) a lot and doesn’t seem to take a hint. Perhaps Elena is getting to her breaking point and the only way she sees this ending is to do something about Imani herself. Nate hasn’t shown any resistance and has leaned into the flirtatious energy.

I think Elena is about to stick those boots up Imani’s butt though. Elena made it a point to talk face to face to Nate about what was happening and turns out, that Nate may have been being a bit naive, or thinking that Imani was harmless (maybe). Of course, Nate probably knows better, but Elena seems to care about him and getting Imani away.

Y&R Spoilers – It’s About To Go Down

While it looked like they had just finished filming today, it means that we will have to wait several more weeks to see what is going to happen with Elena but now we are waiting with bated breath! We cannot wait to see what goes down with Elena and we wonder who else will be involved!

If not Imani, what kind of situation will Elena find herself in with those boots on? She has not really been involved with anyone else’s storylines lately and it might be weird if she was thrown into Diane Jenkins’ (Susan Walters) storyline…

Of course, what is there an actual fire? What if one of the buildings catches on fire and destroys everything inside… like Newman Enterprises? Wouldn’t it just be a shame if something like that were to happen?

What do you think? Will Elena stomp Imani with those boots on or is there another storyline that will pop up in the next few weeks? Let us know in the comments below.