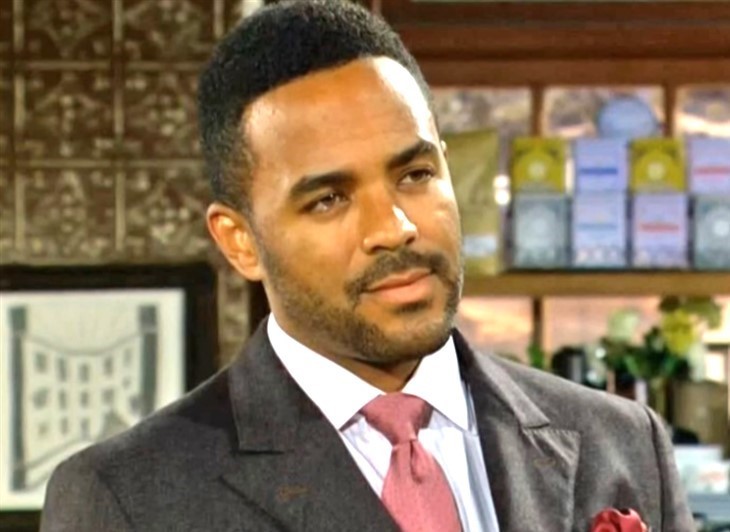 The Young and the Restless spoilers show that there is a hot love triangle going on right now between Nate Hastings (Sean Dominic), Elena Dawson (Brytni Sarpy), and Imani Benedict (Leigh-Ann Rose). However, most of the heat seems to be between the two people who are not in the relationship.

Imani has not been able to back off of Nate since she first saw him and it’s beginning to create problems. Although, it’s not all Imani’s fault. Nate has been heavily leaning into it and reciprocates the advances every chance he gets. He seems to like the attention, and while it seems out of character for him, he continues to be very forward with Imani when Elena is not around.

It’s becoming a little hard to watch but at the end of the day, we must remember, Nate is still the same man that cheated with a woman who was with his own cousin, Devon Hamilton (Bryton James). So, I suppose it might be in his character, but when and why did they make Nate such a womanizer who doesn’t seem to care if he is in a relationship or not?

The Young and the Restless Spoilers: Who Should Nate Be With?

All signs indicate that Nate should absolutely stay with Elena. Not only do they have a history together, but they both sacrificed so much just to be in that relationship. Elena ruined her relationship with Devon and will forever be a cheater, while Nate cheated with her and lost the ability to do surgery because Devon punched him and he fell over and cut his hand. Has he already forgotten all he gave up to be with Elena?

Imani on the other hand has been pushing hard and continues to flirt and be difficult to resist. She’s persistent, knows what she wants and doesn’t seem to be bothered if it means that she’ll be breaking up a relationship to get it. While I think Nate and Elena should be together, I also believe that the writers just want to mix things up and will put Nate with Imani for the shock factor.

And a shock it would be. Everyone would have plenty to say, including Devon, who has been working as a partner with Nate in their businesses. While Devon has moved on with Amanda Sinclair (Mishael Morgan), we all know he still has feelings for Elena and would want her to be happy. If Nate leaves her for Imani, that will not only hurt Elena but infuriate Devon, making their relationship even shakier than it already is.

What do you think? Who would you rather see Nate with? Imani or Elena? Let us know in the comments below.

Does Christopher Sean Plan To Return To Days Of Our Lives?