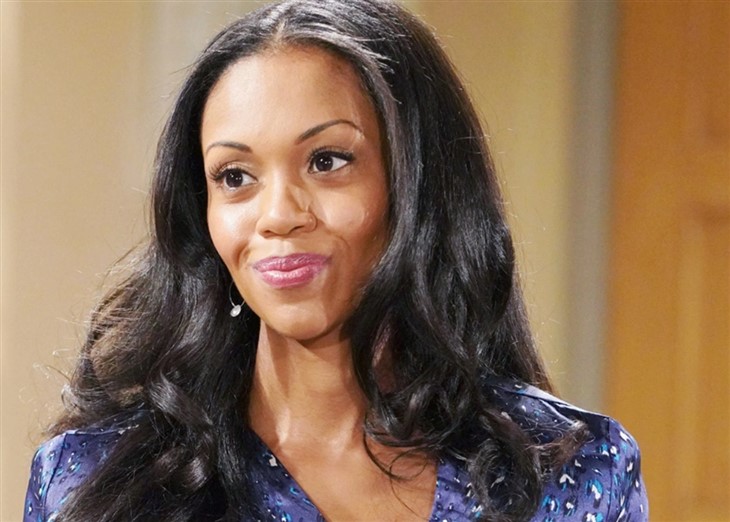 The Young and the Restless (Y&R) spoilers reveal that Amanda Sinclair (Mishael Morgan) finally has a bond with her biological family. Just when things seem to be going well, Amanda could lose both her mother and sister. Naya Benedict (Ptosha Storey) just had a stroke. Adding to that is Imani Benedict’s (Leigh-Ann Rose) destructive and deceptive obsession.

The Young And The Restless Spoilers – Amanda Sinclair’s Search

Y&R spoilers reveal that Amanda always yearned to find her biological family. Amanda eventually did but it was an explosive, complicated, and emotional storyline. Amanda didn’t get the heartwarming reunion that she hoped for. Over time, Amanda found out a lot of secrets and shockers regarding her family.

Amanda had a particularly difficult time with Imani in the beginning. However, they eventually formed a bond. While Imani and Amanda are completely different, they get along these days for the most part.

With that being said, the one issue that Amanda has with Imani is her constant flirting with Nate Hastings (Sean Dominic). Imani is aware that Nate is in a relationship with Elena Dawson (Brytni Sarpy). However, that isn’t stopping her from continuing to make Nate her man.

The Young And The Restless Spoilers – Naya Benedict’s Stroke

The Young and the Restless spoilers reveal that Amanda only recently developed a bond with Imani and Naya. Just when Amanda was starting to feel secure in finally having a real family, it’s being torn apart.

Naya had a stroke and is still having difficulty with her speech. Amanda recently broke down in Devon Hamilton’s (Bryton James) arms while updating him on Naya’s condition.

While Amanda is already having a difficult time dealing with Naya’s health crisis, Imani will make things even harder. Imani is already sabotaging Elena’s career to prevent her from coming to Chancellor-Winters). On Tuesday, July 5, Imani will take steps to set a trap for Nate. Unfortunately, it looks like Nate might fall into that trap.

No matter what anyone says or does, Imani refuses to give up on the man she wants. When Amanda learns about Imani’s deception with Nate, she will be furious. As tempers explode and secrets explode, Amanda and Imani’s sisterly bond could be severed.

Just how far will Imani go to get the man she wants? Is it really worth ruining her relationship with Amanda as well as jeopardizing her career at Chancellor-Winters? Is Imani so obsessed with Nate that it takes priority over visiting her own ailing mother? Share your thoughts about this storyline and remember to keep watching the CBS soap to see what happens next.