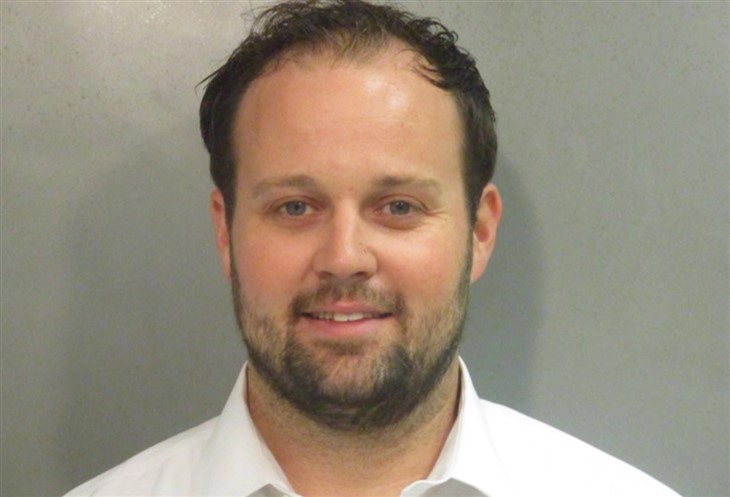 For the first time, insiders have revealed Josh Duggar’s alleged evidence photos from his trial. And those images show exactly what the “19 Kids And Counting” alum allegedly downloaded to result in his guilty verdict. As a result, the alleged evidence also explains why some believe the 33-year-old father of seven kids with Anna Duggar could spend years in prison.

And adding to the evidence, investigators located the material by using the password intel1988. That code parallels what Josh used for his internet banking and his Duggar family Instagram and Twitter accounts. The office at Duggar’s car dealership in Springdale, Arkansas reportedly contained piles of clothing and trash. But that junk-strewn office also allegedly contained a computer with a complex “dual-operating” system. And within that HP workstation, a secret worktop reportedly existed.

Prosecutors allege that Josh Duggar used that secret worktop together with encrypted “peer2peer” file-sharing networks for his behind-the-scenes illegal actions. And that involved downloading and looking at the “worst of the worst videos of prepubescent kids being abused,” per the Daily Mail. But the forensic investigators went one step further in investigating Josh.

As a result of a cell phone picture, the federal researchers reportedly tracked Duggar viewing the computer screen. That cell phone image resulted from checking back-up data from Duggar’s older iPhone. And the data also reportedly showed the image captured 4:20 pm on May 14, 2019. That means Josh allegedly viewed his computer less than an hour before his workstation received illegal material.

Jurors viewed the material taken during the November 2019 raid on Josh’s car dealership throughout his trial. Under Freedom of Information laws, the Daily Mail obtained those FBI photos that resulted in Duggar’s guilty verdict at the December federal trial. In the wake of that verdict, Josh remains in jail. His next step will involve sentencing on two charges: Receiving and possessing child pornography.

Tell us what you think. Do you believe that Josh Duggar should receive a sentence resulting in decades behind bars? And after you’ve shared your views, check back on our site for more Duggar family news.