Y&R Spoilers: Billy Has Adam Right Where He Wants Him 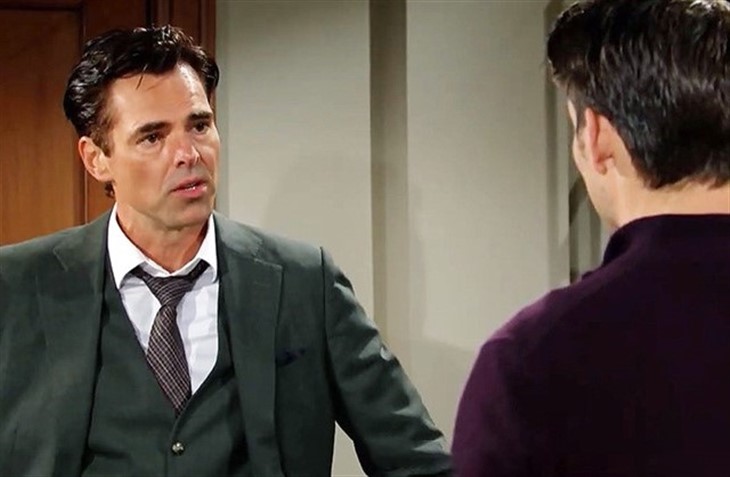 The Young and the Restless (Y&R) spoilers for Thursday, January 6, 2022, reveal Billy thinking he really turned the tables on Adam — but did he screw this up as well?

When Billy Abbott (Jason Thompson) screws up, he can never leave well enough alone — especially when that screw-up is walking right into a trap someone set for him. So, Billy has his own trap to set by looking like he is down for the count, gambling and drinking once again. This is so Victor Newman (Eric Braeden) and Adam Newman (Mark Grossman) let their guard down and don’t see what he has planned for them coming.

On Thursday, Billy thinks he has Adam fooled and he just might. But this is Billy here and he usually needs a woman nearby to clean up his messes. It’s a good thing both Lily Winters (Christel Khalil) and Victoria Newman (Amelia Heinle) have his back for all the right and wrong reasons. For Victoria, it’s so she can also get a piece of the ChanceComm pie and she is not even telling her new husband — yet.

Of course, Ashland Locke (Richard Burgi) knows she is hiding something and demands to know what that something is. Will she tell him considering all the secrets he hid from her — and is still hiding? Vicky may be in for some shockers herself.

Since Abby Newman (Melissa Ordway) needs her life to be picture-perfect, she really believed telling Devon Hamilton (Bryton James) he might need to distance himself from Dominic would work. However, she is stunned when Devon tells her he is not going for her plan.

After all, she is the one who allowed him to get so close to his biological son when none of that was in their contract, so she already breached it. And if Abby went against their agreement, why can’t he? He wants to make things legal with Dominic even if Abby and Chance Chancellor (Connor Floyd) will be his primary caregivers. And Abby thought Mariah Copeland (Camryn Grimes) was going to be the problem. Stay tuned to The Young and the Restless weekdays to see how these stories play out.