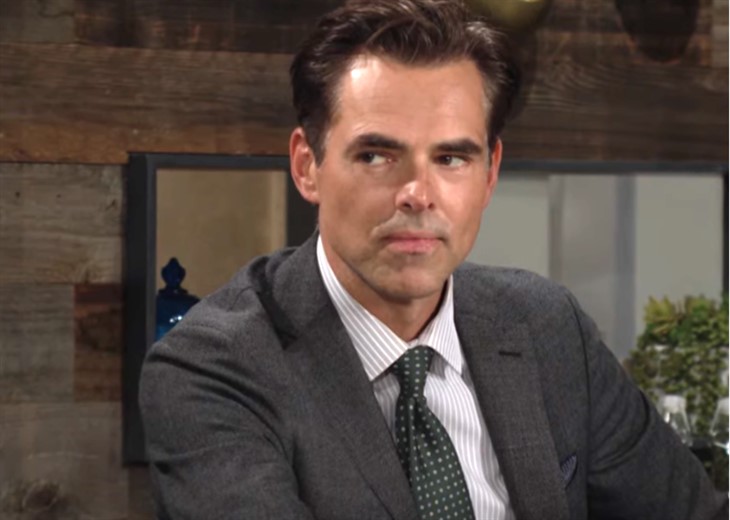 The Young and the Restless (Y&R) spoilers for Monday, July 11, 2022, reveal Billy ruminating on life on his podcast once again but this time he seems to be using his platform to hurt someone.

The Young And The Restless Spoilers – What Are Billy Abbott Boy And Victoria Newman Up To?

Since Billy Abbott’s (Jason Thompson) obsession with all things Victoria Newman (Amelie Heinle) never, ever ends and he was already played for a fool when he tried to expose Ashland Locke (Robert Newman) at Victoria’s wedding to the man, something tells us Billy uses a wide media platform to once again seek his own perceived justice for Victoria.

What will he say during his middle-of-the-night rantings and what will Lily Winters (Christel Khalil) have to say about this? She was ticked enough when she was trying to tell Billy her own news and all he could think about was Victoria. This is not going to go very well for Billy, and like everything else, he brings on his troubles himself.

Meanwhile, Victoria makes her own power move and Adam Newman (Mark Grossman) becomes angrier and angrier that she used him as a pawn in her own little revenge game. Victoria may have gotten herself in more hot water than she realizes but isn’t that always the way? Adam is not going to take things lying down and has his own plans to rise to the top with or without his family. He even has Sally Spectra (Courtney Hope) by his side.

The Great Victor Newman (Eric Braeden) is also in revenge mode and that is never a good thing. Once again, he asks Michael Baldwin (Christian Le Blanc) to do his bidding, which surely will not make Lauren Fenmore (Tracey E. Bregman) happy. The last time he did something for Victor, he ended up missing in Peru and she feared he was dead.

What does Victor have in mind for Michael this time? Somehow, we are sure it has to do with Ashland because Ashland has practically eaten this entire soap. He’s like the Peter August (Wes Ramsey) of Y&R. Everyone hates him, everyone wants to get him, and he always manages to stay 10 steps ahead. Where is Felicia Scorpio (Kristina Wagner) with a tire iron when you need one? Stay tuned to The Young and the Restless weekdays to see how these stories play out.

Days Of Our Lives Spoilers: Lucas Is Ready To Confess– But To What?