Days Of Our Lives Spoilers: Lucas Is Ready To Confess– But To What? 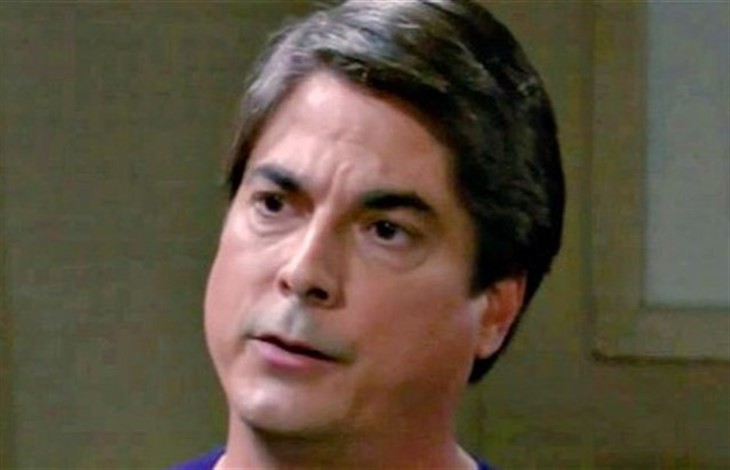 Days of Our Lives (DOOL) spoilers for Monday, July 11, 2022, reveal Lucas needing to unburden himself of something before he takes the big step and marries Sami.

Days Of Our Lives Spoilers – Is Lucas Horton Just Confused?

As his wedding to Sami Brady (Alison Sweeney) approaches, Lucas Horton (Bryan R. Dattilo) can’t help but feel a little an enormous sense of guilt since he is the one who had Sami kidnapped just so he could play hero and she’d want him again. It worked, but Lucas feels horrible about marrying with this secret between them.

There is also a secret about him drinking, blacking out, and believing he may have been the one to kill Abigail DiMera (Marci Miller), his own niece. But Lucas can’t very well confess any of this to Sami, so he goes for the next best thing and makes some admissions to his son, Will Horton (Chandler Massey), and Will can hardly believe his ears as he tries to calm his frantic father. Maybe Lucas is just happy and relieved to be able to tell someone besides his mother his tales of woe.

Now it’s up to Will to keep Lucas’ secret and not blurt something out at the exact wrong moment, which always seems to happen in Salem.

While her actual son is having a heck of a hot mess meltdown, Kate Roberts’ (Lauren Koslow) honorary son is also losing it so who should she actually be with to lend a listening ear? Well, on Monday she chooses to spend time with a grieving Chad DiMera (Billy Flynn). He is angry that Rafe Hernandez (Galen Gering) allowed Clyde Weston (James Read) to go free and fears this is becoming a cold case and they will never find Abby’s killer.

Kate assures him that the Salem PD won’t give up until he finds Abigail’s killer, but she also reminds Chad that he has two small children who need him so he can’t fall apart like this. Will Kate be the one who forces Chad to get it together?

Maybe she should also check on hot mess Lucas to see what he might be falsely confessing to. Without his mama there to stop him, Lucas can say any number of unsound things. Stay tuned to Days of Our Lives weekdays to see who those suspects end up turning out to be.