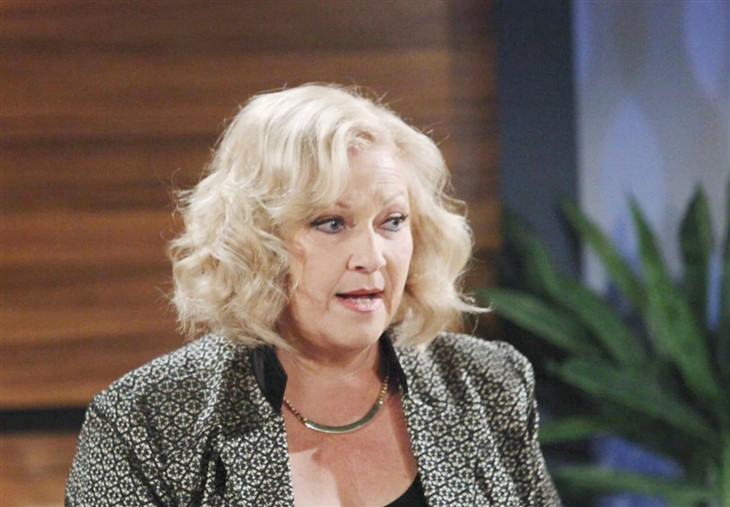 The Young and the Restless (Y&R) spoilers and updates tease Billy Abbott (Jason Thompson) is trying to restore his reputation. Billy has been trying to get Adam Newman (Mark Grossman) believe that he is on a destructive path. Billy is hoping that Adam will expose him in the media so that he can file a lawsuit against him.

According to Y&R spoilers, Billy wants to prove that Adam has been trying to destroy his reputation in order to get his company Chance Comm. He has gotten help with his scheme from his girlfriend Lily Winters (Christel Khalil).

Lily has been helping Billy by pretending to be concerned about him. Billy and Lily have staged a few encounters with Adam in order to make him believe that Billy is struggling. Adam has gotten help from Sally Spectra (Courtney Hope) in order to get proof that Billy is on a downward spiral.

The Young and the Restless updates and spoilers show Billy had hoped that Sally would spy on him at Society when his ex-wife Victoria Newman Locke (Amelia Heinle) found out that Billy had been pretending to have trouble. Victoria wants to help Billy to go after Adam because she is hoping that she can find a way to take his company Newman Media away from him.

Victoria has been interested in getting control of Chance Comm as well. Y&R updates and spoilers confirm Billy has gotten Victoria to agree to help him and Lily to take on Adam. Lily is worried that Victoria will use Billy to get what she wants.

Victoria set up an encounter with Billy and Adam at the Grand Phoenix. Victoria wants Billy to start to do more to go after Adam which could cause Billy to have more problems. Billy and Victoria were going to put their plan into motion when Billy’s sister Traci Abbott (Beth Maitland) showed up.

Billy did not want Traci to be a part of his plan against Adam. Billy wanted Traci to leave the Grand Phoenix but she told him that she knows about the plan. Billy was shocked that Traci had found out. Traci informed Billy that their brother Jack Abbott (Peter Bergman) had told her that Billy was going after Adam. Lily had insisted that Billy tell Jack that he was not having problems so that Jack would not worry about Billy.

The Young and the Restless updates and spoilers tease Traci is worried that Billy is going to get into trouble if he continues to go after Adam. Traci had hoped that Lily and Victoria would try to convince Billy to give up his plan but they told her that they were part to the plan. Traci is concerned that Victoria is going to get Billy into trouble by going after Adam. Traci knows that Victoria and Adam have a complex and problematic past. Traci does not want Victoria to use Billy as a weapon against Adam.

The Young And The Restless Spoilers: – Billy Abbott on the Brink of Falling Into Darkness

Will Billy be able to find a way to move on if his plan does not go the way he wants it to? Billy could lose Lily and more if the plan against Adam fails. Will Billy really go down a dark path if he loses everything? Be sure to catch up on everything happening with Y&R right now. Come back here often for The Young and the Restless spoilers, news, and updates.