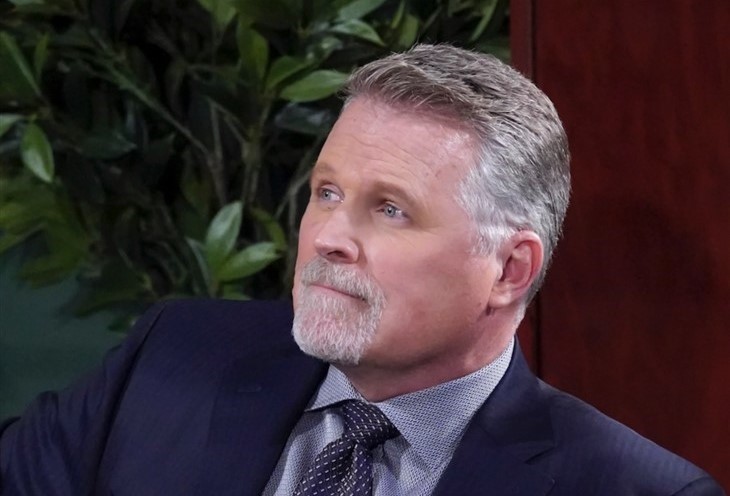 The Young and the Restless (Y&R) spoilers document that Ashland Locke (Robert Newman) did something unexpected. His selfless act, in saving Victoria Newman Locke’s (Amelia Heinle) life after the car crash, can not be denied.

Victoria still has remnant feelings for Ashland. That is natural, as it has only been days since he admitted lying about cancer to manipulate her push for a merger between the Locke Communications Group and Newman Enterprises.

Whether space from Ashland and any amount of time, will be enough to allow the possibility of a reconciliation with Victoria is unpredictable.

Victor was initially outraged that Adam offered the deal to Ashland without seeking the Moustache’s approval. Victoria had soapy egg on her face after her plan to trap Ashland went nowhere. She, like her father, was bothered by Adam’s plan.

However, Ashland quickly accepted the half-billion-dollar payoff while also trying to coerce Victoria to leave town with him and use the money to start a new company with him elsewhere on the globe. She declined, revealed that she was lying to him about wanting to leave Genoa City, Wisconsin, with him, and the three-car accident followed.

Ashland does not have to leave GC. He could stay in town indefinitely, even considering Victor’s latest threat to make him pay if he does.

The cash Ashland pocketed gives him liquid coin to invest as he sees fit. It is reasonable to believe that the so-called Lockeness Monster will explore local investment possibilities.

There is no doubt that Ashland does care for Victoria. She senses that her now former husband is being honest about his feelings. But how can Ashland be trusted after all he has admitted to in the distant past and now?

The Young And The Restless Spoilers – How Could Victoria Newman Explain Revival?

She had no choice but to turn against him, which resulted in his voluntary ouster from the reformed Newman Enterprises and the annulment of their marriage. So, how could Victoria ever reconcile with him now?

Being strong-minded is one of Victoria’s trademarks. So, after some plot time passes, she could revive their relationship and discount the anticipated torrent of renewed warnings. Victoria could also agree to Ashland’s offer to start a new company but base it in GC.