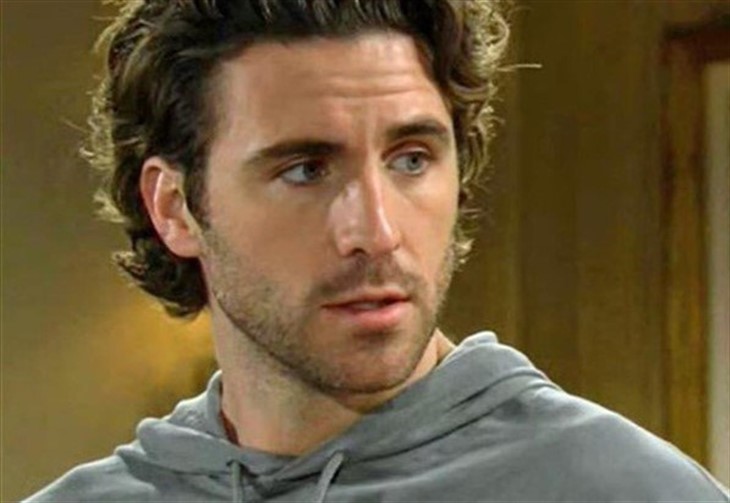 The Young and The Restless spoilers and updates tease that someone will make a shocking discovery that will blow a case wide open in an upcoming episode of Y & R!

Previous episodes of Y&R revealed that Rey Rosales (Jordi Vilasuso) died when he was involved in an accident with two other cars. Rey was on his way back from his and Sharon Rosales’ (Sharon Case) home where he was picking up the hockey game tickets intending to return to Crimson Lights. Chelsea Lawson (Melissa Claire Egan) and Connor Newman (Judah Mackey) were waiting for him to arrive to go to a hockey game in Chicago with them.

At the same time on that very foggy night, Victoria Newman-Locke (Ameila Heinle) was driving after giving Ashland Locke (Robert Newman) the old heave-ho. She was upset as she was driving, in tears, but didn’t realize Ashland was following in her car; Rey veered into her lane and wound up in a ditch.

Chance Chancellor (Conner Floyd) becomes involved in the investigation following his partner’s death and one big question is why did Rey swerve? Victoria’s recollection is clear, she saw lights coming towards her and she swerved to avoid the car in her path and hit a tree. Ashland’s story is that he was behind Victoria, and Rey hit him broadside, Victoria’s car caught on fire and Rey’s flipped upside down in a ditch.

Victoria too questioned why Rey swerved into her path, and Ashland theorized maybe he was trying to avoid something in the road, possibly a dog or another animal. Ashland’s priority was to save Victoria, but he said he checked Rey and didn’t find a pulse – he did get Victoria out and carried her to a nearby cabin.

Something about the narrative doesn’t hit Chance right, and doesn’t seem to add up, and even though Chance was a first responder he requests to investigate further. True, it was a very foggy night, and Rey would not have been the first driver to try and avoid an animal but wouldn’t he have seen Victoria’s lights? She saw his, and Ashland claimed to have seen him swerve into her path as well; then hit his car and flip over into the ditch.

The tire tracks don’t match what Ashland says happened – and Victoria didn’t know Ashland was behind her, but it all happened so fast. She was on the phone with her mother, and her mother heard the crash but didn’t remember her saying anyone was behind her.

Y & R Spoilers – Did Ashland Locke Try To Get Ahead Of Victoria Newman-Locke?

Chance puts his best investigator hat on to solve the case of why Rey crashed although he can’t bring him back; that is the least he can do. Chance wants the family to have answers and makes sure the scene of the accident is roped off even though the temporary detour may be a little inconvenient. He goes back and takes photos of the area and the road in the daylight and makes a shocking discovery! There are one set of skid marks that appear to be passing another from the same direction-it looks like Ashland tried to get ahead of Victoria and cut Rey off! It must have been Ashland’s car that Rey tried to avoid when he swerved!

B&B Spoilers: Steffy’s Grief And Relapse, Liam At Her Side