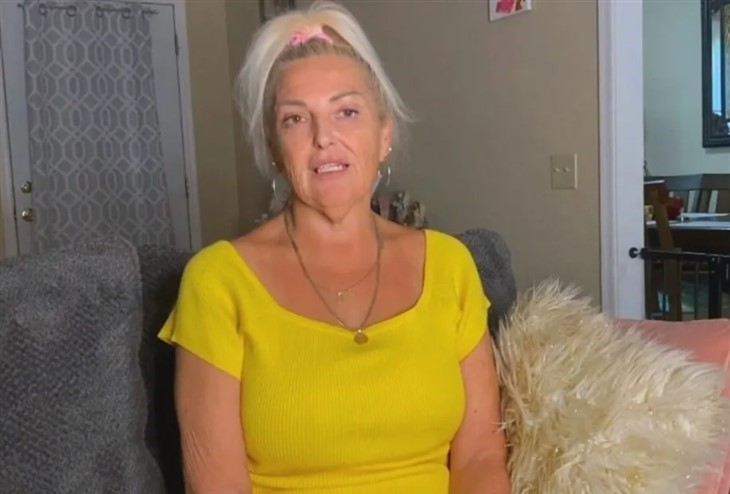 Angela Deem was first introduced on “90 Day Fiancé: Before the 90 Days” when she flew to Nigeria to meet Michael Ilesanmi. Their relationship has been a rollercoaster ride, especially when the grandmother-of-six decided to have weight loss surgery. Despite all the challenges they faced, the two still ended up on the altar, vowing to be together for the rest of their lives.

Last August 2020, Angela Deem underwent weight loss surgery and lost over 100 pounds. After the procedure, she wanted to have another cosmetic surgery when the wrinkles and sagging skin on her cheeks were much more evident. However, her plastic surgeon refused to cooperate with her desire due to her smoking habits. Just recently, Angela Deem posted a video on her social media account showing the difference in her body before and after she has undergone cosmetic surgery.

After losing more than 100 pounds, Angela Deem brought to social media her new body wearing the blue swimsuit that her “Thunda Sista” has given her. She slew her strapless bra and styled her hair into a ponytail as she completed her look with black sunglasses. The Georgia resident has turned off her comment section, so fans expressed their thoughts about the post when an Instagram user named truecrime_jankie reposted the video with a caption, “Guess who?”

One fan commented, “Got bad news for Angela – no amount of work can fix that personality.” An Instagram user said, “God, let’s hope she doesn’t start an OnlyFans page.” Another one chimed in, “She makes me physically sick.”

In other news, Angela Deem gave hints about her real score with her husband, Michael Ilesanmi, through a series of posts on her social media account.

She posted a video of herself jamming with Teena Marie’s “Still in Love” with a written text that says: “#1.27.2020” – her and Michael’s wedding date. She posted another video with the caption, “Queens, he is your king and only yours.” Another video was posted with the caption, “#TRUELOVENEVERDIES.” Viewers wanted to express their thoughts on the series of videos on Angela’s social media account, but the TLC star turned off her comment section.

Days Of Our Lives (DOOL) Spoilers: Is Allie Responsible For Abby’s Death?