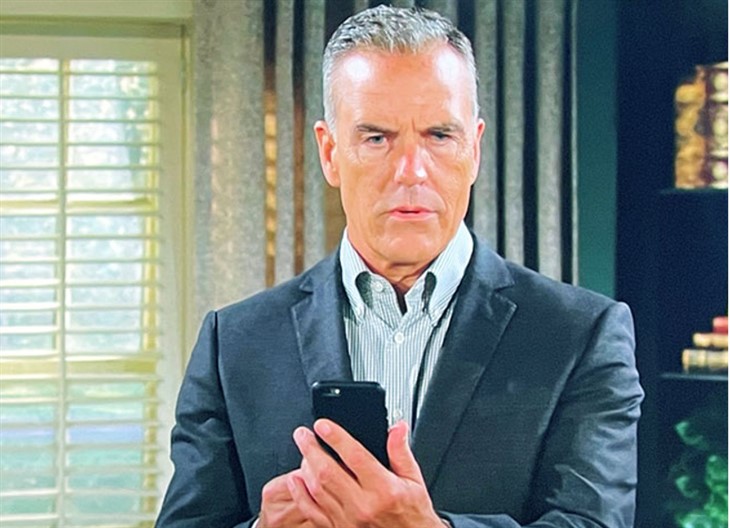 Viewers of The Young and The Restless will recall that Locke has been undergoing an experimental treatment for his lung cancer. He’s been going to Brazil for the experimental treatments, where he had been referred to by Nate Hastings (Sean Dominic). But all may not be so well with Ashland as he had previously told the Newmans, Victoria Newman-Locke (Amelia Heinle) in particular. The New Year for Ashland brings the revelation of new secrets that he should have told her before the wedding. Viewers of the Young and The Restless may find out Ashland Locke is in reality much more ill than what he was letting on!

Viewers of The Young and The Restless will remember that Ashland had a heart attack several months ago. This was as Victor was trying to get him to sign off on a deal to sell him Cyaxeres Media. Cyaxeres Media then became Newman Media and Victor started his own media company with his son Adam Newman (Mark Grossman). Viewers of The Young and The Restless will recall that Cyaxeres Media had been Locke’s life work – his conglomerate, his baby. Why would he want to sell it-perhaps he already knew he had advanced stage cancer before his heart attack?

Viewers of The Young and The Restless will remember that Ashland didn’t want Victoria to come with him to his last treatment. Instead, he travelled to Brazil alone and came back telling her and everyone else he felt like a new man! In recent episodes of The Young and The Restless, Victoria has caught him having some problems breathing and some pain. He brushed it off like it was nothing, but Ashland knows he won’t be able to fake it till he makes it forever! Ashland knew the time was coming that he would need to come clean, but he never dreamed it would be this soon!

Viewers of The Young and The Restless know that Locke and Victor have some secrets together, but this one’s going to be a doozy! Ashland knows that he cannot keep this secret a secret any longer, and he never told Victoria or Victor a thing about this one! In an upcoming episode of The Young and The Restless, Ashland places a call and tells Victor he needs to meet with him and Nikki together. No doubt both Victor and Nikki will wonder what this is all about, because Victor says their son-in-law sounded very serious, and he wants to talk to them privately.

Viewers of The Young and The Restless will find this is very serious, and Ashland doesn’t know how to tell his bride. Ashland tells Victor and Nikki he’s dying, and it looks like very soon according to the medical update he received! Viewers of The Young and The Restless can imagine that Victor and Nikki will be blindsided and devastated for Victoria. Ashland will likely continue to pretend he didn’t know about how advanced the cancer was, because he’ll want to cover. Victor is likely to tell Locke he raised his daughter to be tough, and he needs to man up and be the one to tell her himself!