The Biggest Storyline Letdown Of 2021 — Ashland Locke’s Big, Bad Secret On The Young And The Restless 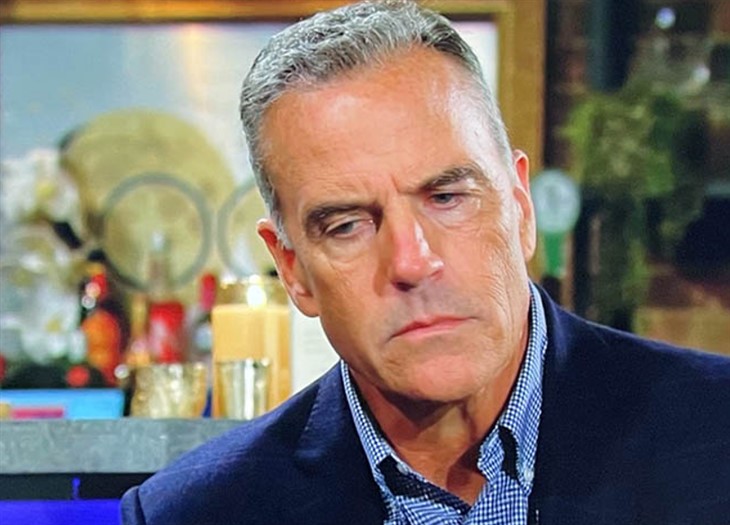 The Young and the Restless first introduced us to the idea of a frightening character known as The Locke Ness Monster at the end of 2020, someone we heard about via Kyle Abbott, but never saw. When 2021 came, we met the big, bad Ashland Locke and finally had to face he wasn’t a Big Bad at all.

Ashland Locke (Richard Burgi) was clearly introduced to the Y&R canvas as a foil for Summer Newman and Kyle Abbott. We first met his wife, Tara Locke (Elizabeth Leiner), a woman Kyle (Michael Mealor) had an affair with during his New York days. She came to town with her little boy, Harrison, and confessed that Harrison was Kyle’s — and she was terrified of what her horrible husband, Ashland, would do once he found out.

Well, Tara did not work as a character at all and the show quickly saw that and wrote her out, making her the crazy one and Ashland the one who had been roped into a bad marriage. It didn’t help that Michael Mealor and Hunter King decided to leave the soap and they now had Richard Burgi on hand with nothing to do with this new character he was playing. So, why not pair him with a lonely Victoria Newman (Amelia Heinle) and give him cancer? Sure, um, why not?

Y&R Spoilers – Who Is Ashland Locke Really? And Who Cares?

If you are going to pair a man with the daughter of Victor (Eric Braeden) and Nikki Newman (Melody Thomas Scott) and have her agree to marry him after knowing him for about two weeks, you better give him a great and mysterious back story, right? He has to have lots of absolutely shocking secrets that will rock you to your core and give good reason for Nick Newman (Joshua Morrow) and Billy Abbott (Jason Thompson) to try to outdo the other in a quest to save Victoria from her own self and bring the Big Bad Locke Ness Monster down.

Except Ashland’s past wasn’t really all that big and not very bad despite The Young and the Restless wanting to play things that way. So, Ashland was abused and Ashland wasn’t really Ashland but Bobby and Bobby was the real Ashland’s friend and they were in a car accident and the real Ashland died so Bobby assumed his identity and…are we there yet? Wake us when it’s over?

Wait? There’s more? What could it be? Ashland convinced an old lady to leave him everything she owned that she would have left to her cat and an animal shelter if she didn’t leave it to him but no, she didn’t really do that. He just made it look like she did that and we’re so confused we can’t even go on because this is the dumbest and reveal of the year. So, stay tuned to The Young and the Restless weekdays to see if Ashland survives his cancer — and gets more interesting.

GH Spoilers: Cyrus Has Seen The Light And Wants His Life BacK