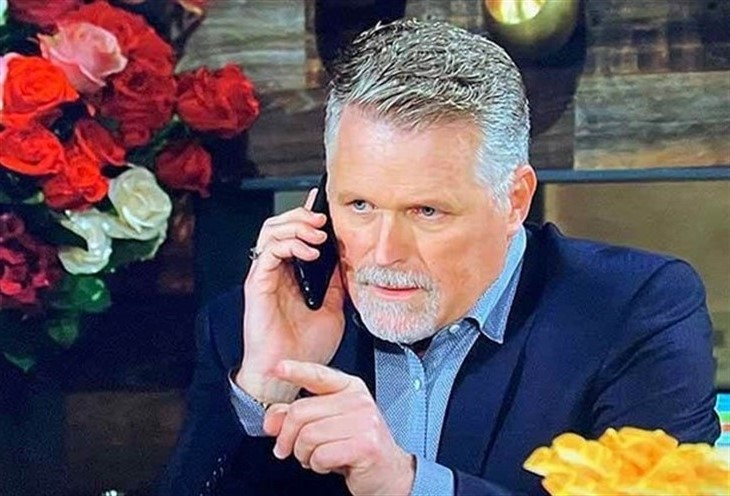 The Young and The Restless (Y&R) spoilers and updates tease that an angry Ashland Locke (Robert Newman) will put a hit out on Victoria Newman (Amelia Heinle) in a future YR episode!

The Young And Restless Spoilers – Victoria Newman Called Him Nothing; Left Him Nothing

Victoria played Ashland like a fiddle and called him nothing and left him with nothing which, if he was sincere about changing for the better really hurt! Victoria comes home triumphant and explains to her family what she did – and she even managed to retrieve most of the money that Adam Newman (Mark Grossman) paid him off with. That, of course was supplied by Victor Newman (Eric Braeden) and was meant to pay Locke off to leave town and divorce Victoria; Victoria needed to do things her way!

Victoria’s new adage has become, do unto others before they do unto you and she fought fire with fire and thinks she’s won! As for Ashland Locke, he had none of the money that Victoria said was in a joint account for their Destiny Media; so he has decided what her “destiny’ will be!

Y & R Spoilers – Ashland Locke Must Have Some Money Somewhere, He Charters A Jet

Ashland must have some money somewhere, as he charters a jet to Chicago, Illinois, maybe an hour’s flight from Genoa City, Wisconsin and probably three to four from New York City. He has a plan in mind before he leaves from the hotel in New York, although it’s really more of a plot he has in mind – for the ultimate revenge! He arrives in Chicago and checks into a hotel there, and then he changes his looks – he shaves his goatee and wants to be less recognizable. He calls a contact he knows who he knows will be discreet and deadly and it sounds like he’s used this hit man before. He has him meet him in his hotel suite and tells him this time the target will be much more manageable – his wife!

Victoria returns, first calling her brother Nick Newman (Joshua Morrow) and meeting with him in a suite she rented at The Grand Phoenix. She assures Nick that the Ashland problem is no more, and she’s returning to the family but things will be different this time. He asks why she rented the suite and she tells him she’s having her house deep cleaned to remove all traces of a contaminant named Ashland Locke!

Nick laughs and they hug, and brother and sister are fully restored to their relationship. But she and her parents and Nick have no idea what is ahead and what Locke has in store! Victoria is ready to come back and take her position back on the Newman throne and unseat her other brother Adam!

Adam is furious when even though he’s still CEO of Newman Media, he’s unseated by Victoria as CEO of Newman Enterprises, and he wants revenge! His soulmate Sally Spectra (Courtney Hope) tries to reason with him and calm him down, but Adam won’t be placated. He tells her Locke wants the same thing he does – they are after the same thing, revenge! Adam tracks down Locke in Chicago and they meet at a restaurant and they talk over the situation. Adam looks him in the eye and asks him if he’s just out for revenge; Ashland asks is he going to sit there and tell him he’s not?