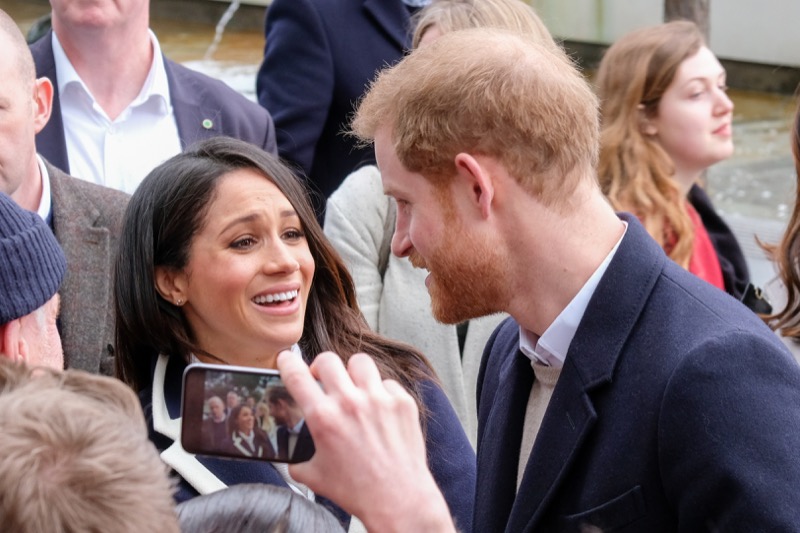 Anti-Meghan and Harry Twitterers have mistakenly trolled country mental health hospitals that bear the Sussex name, according to Newsweek.

Tweets took aim at Sussex Partnership NHS Foundation Trust, a unit within Britain’s National Health Service. Though the unit is positioned in Sussex County, it has absolutely nothing to do with Harry and Meghan’s title beyond the name. Continue reading and we’ll tell you how it went down.

Some tweets attacked a post about the Sussex County organization’s partnership with the mental health texting service Shout which is backed by the Duke and Duchess of Cambridge. The trolls reportedly tagged both Shout’s official Twitter account as well as that of the Sussex partnership.

One Twitterer shared a blog post critical of the Sussexes only to be informed that the duke and duchess were not linked to the Sussex Partnership. Not to be undone by their own snafu, the account responded, writing, “Yes, I see that now. Let’s hope that they do not get taken in by the #SussexFrauds, Harry and Meghan, who exploit organizations & charities in order to prop themselves up. #greed.”

As royal fans are surely already aware, the Sussexes were given that title by Queen Elizabeth II in 2018 when they were married. “Sussex” was taken from the county located on the southern coast of England.

Needless to say, the Sussex brand has been used by numerous organizations for much longer than it has been associated with the duke and duchess. Data analyst for Bot Sentinel, Christopher Bouzy, who tracks hostile Twitter accounts, wrote on Twitter, “Anti-Meghan accounts thought the NHS was partnered with Harry and Meghan because of the name ‘Sussex Partnership,’ so they started attacking the NHS Twitter account.

“Spoiler alert: Harry and Meghan are not partnered with the NHS. These accounts need to be suspended permanently.”

Royal Family News – Meghan ‘Most Trolled Person In The World’ For 2019?

Meghan Markle and Prince Harry are no strangers to online trolling and criticism. In fact, Meghan reportedly told the Teenager Therapy podcast in 2020 that in the previous year, she had been the most trolled person “in the world.”

She explained to the outlet that she was told that, in 2019 she was “the most trolled person in the entire world—male or female,” remarking that, for eight months of that year she wasn’t even in the public eye.

“I was on maternity leave or with a baby but what was able to just be manufactured and churned out, it’s almost unsurvivable.”

Be sure and keep up to date on all Royal Family News and return here often for more news and updates.