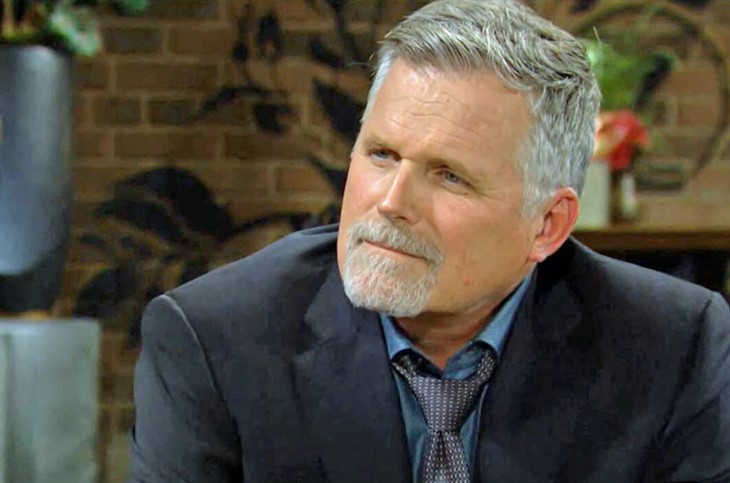 The Young and the Restless (Y&R) spoilers for Monday, May 23, 2022, reveal a Victor learning a new and pertinent piece of information.

Victoria Newman (Amelia Heinle) may be CEO but The Great Victor Newman (Eric Braeden) is always lurking from above — so to speak — especially since Victoria’s judgment cannot always be trusted. Look at the situation with Ashland Locke (Robert Newman), who she married despite the fact that he is a lying liar who lies. However, he is a clever liar and Victor didn’t quite get rid of him when he bought him off for $500 million. Instead, Ashland took the money and decided to stay in Genoa City.

On Monday, Victor discovers Ashland’s Achilles heel and decides he will use it to his advantage to make the man weak so he can swoop in and make sure he never hurts his family again. Might this weakness be the love he has for young Harrison, who is going to be staying in town with Kyle Abbott (Michael Mealor) and Summer Newman Abbott (Alison Lanier)? If he is not dying or pretending to be dying, he can try to get close to the boy again.

Y&R Spoilers – Summer Newman Is Ready For Something New

Just because Summer’s job in Italy didn’t work out quite the way she had planned, it doesn’t mean Summer wants out of the fashion industry and amazingly, a small Wisconsin town has a booming one. Who would ever think one would find so many media companies, design companies, and cosmetics companies all in one midwestern town?

To that end, Summer needs a job, or at least she wants to work as she has plenty of cash and doesn’t really need a job. She just wants one. So, she goes to Chloe Mitchell Fisher (Elizabeth Hendrickson) and Chelsea Lawson (Melissa Claire Egan), both of whom are forever trying to get a fashion business off the ground. Maybe she can actually accomplish that this time if Summer is willing to invest some of her money. Or will Chelsea just con her as she cons so many? Stay tuned to The Young and the Restless weekdays to see how these stories play out.

Days Of Our Lives Spoilers: Kristen DiMera Is Back For Blood