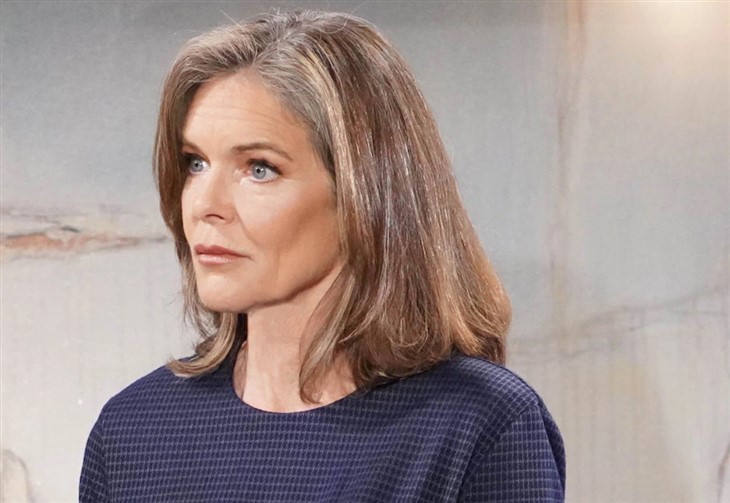 The Young and the Restless spoilers reveal that Diane Jenkins (Susan Walters) insisted on seeing Summer Newman-Abbott (Allison Lanier). The timing was bad as it was in the middle of Tessa Porter (Cait Fairbanks) and Mariah Copeland’s (Camryn Grimes) wedding. There is reason to believe that Diane plans on splitting up Summer and Kyle Abbott (Michael Mealor).

The Young And The Restless Spoilers – Feeling Out Summer Newman-Abbott

Y&R spoilers reveal that Diane lurked around at the “Teriah” wedding. When Kyle confronted Diane, she claimed to just want to see him officiate the nuptials. However, Kyle pointed out that the vows were exchanged a while ago.

Then, Diane said she wanted to say hello to Summer. Kyle felt that it was the wrong time, but Diane insisted. Kyle reluctantly brought Summer over to where Diane was half-hidden in the shadows. Diane was trying to feel out Summer to see if she would be helpful to her reconciliation plan or just get in the way.

Diane gave her usual “I’ve changed” speech and mentioned that eventually, they could all have a relationship. Diane made sure to mention that she is Summer’s mother-in-law. Summer clearly wasn’t convinced of Diane’s intentions. Summer said that Diane abandoning Kyle as a child was a terrible thing to do. However, she would support Kyle in whatever decision he made about Diane.

That is when Diane mentioned how hard it was to maintain good relationships. It was very subtle but was obviously a veiled threat.

The Young And The Restless Spoilers – Kyle Abbott’s Vulnerability

The Young and the Restless spoilers reveal that feeling out Summer wasn’t Diane’s only goal. Diane would love to get rid of Phyllis Summers (Michelle Stafford). At the very least, Diane would like it if Jack Abbott (Peter Bergman) dumped Phyllis. Diane probably doesn’t think the apple falls far from the tree.

Diane might find it easier to worm her way back into Kyle’s life if he isn’t influenced by Summer. Being suddenly a single father to Harrison Locke (Kellen Enriquez) would put Kyle in an even more vulnerable position, which is exactly what Diane wants.

Diane will probably try to create a wedge between Kyle and Summer. Diane might even try to get “Skyle” to divorce. However, Diane will have to be very careful about her plan. Everyone is keeping their eyes on her. One wrong move… or one that is noticed… and Diane will blow her chances with getting Kyle’s forgiveness.

Will Diane get rid of Summer and if so, how will she do it? What do you think Kyle will do about Diane as time goes on? Could he be fooled by the master manipulator, or will he see through her?