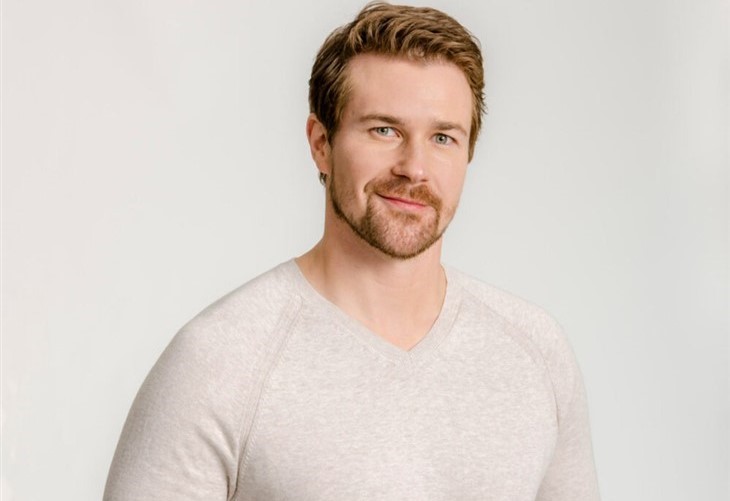 General Hospital spoilers and rumors suggest that Josh Kelly could be the new Jasper Jacks (Ex-Ingo Rademacher). Ingo left the show last fall when his request to be exempt from required Covid vaccinations. Now Kelly has joined as an unknown character, could he be a Jax recast?

General Hospital’s former Jasper Jacks, Ingo Rademacher, sued ABC after he lost his job last fall. Rademacher was very upset that his exemptions, both medical and religious were denied by ABC and Disney when Covid vaccines were mandated for everyone working at ABC.

Rademacher was not alone in his, Steve Burton, former Jason Morgan, applied and was denied the same. However, Burton walked away hoping to come back if the vaccine mandate is ever lifted. Rademacher, however, decided to sue after losing his job which makes his return highly unlikely to return since his case is set for a jury trial on February 27, 2023. The lawsuit is to decide whether or not ABC was unjust in firing Rademacher.

GH Spoilers – Josh Kelly And Ingo Rademacher Resemble Each Other

General Hospital’s Josh looks enough like Rademacher that he could pass for Jax. After all, Billy Miller (ex-Drew Cain) had no resemblance to Steve Burton and was cast as Jason Morgan. Some fans even suggest that Kelly could be Jason. However, Kelly could be a completely new character or even another transplant from One Life To Live. Jax burned a lot of bridges before he left town. Jax could have to make up for a lot if he decided to return home. Jax even clashed with his ex-wife, Carly Corinthos (Laura Wright) before leaving town.

General Hospital’s Jocelyn Jacks (Eden McCoy) has been going through quite a bit lately. Jocelyn and Cameron Webber’s (William Lipton) sex tape has been shown to half of the people in Port Charles. Jax should be there to support his daughter but is in Australia instead. Trina Robinson (Tabyana Ali) has been targeted for sharing the video after being framed by Esme Prince (Avery Kristen Pohl). Why would Jax not return to support his daughter? Should Jax not be there to help take down Esme.

Jax is clearly not needed to help Jocelyn, she seems to be handling things very well on her own. Sonny Corinthos (Maurice Benard) seems to be recruiting Brando Corbin (Johnny Wactor) to take Jason’s place as his enforcer. Kelly seems like he is a new guy out to steal Britt’s heart, will he measure up to Jason?

GH Spoilers: Liz’s Friends And Family Gather For An Intervention!