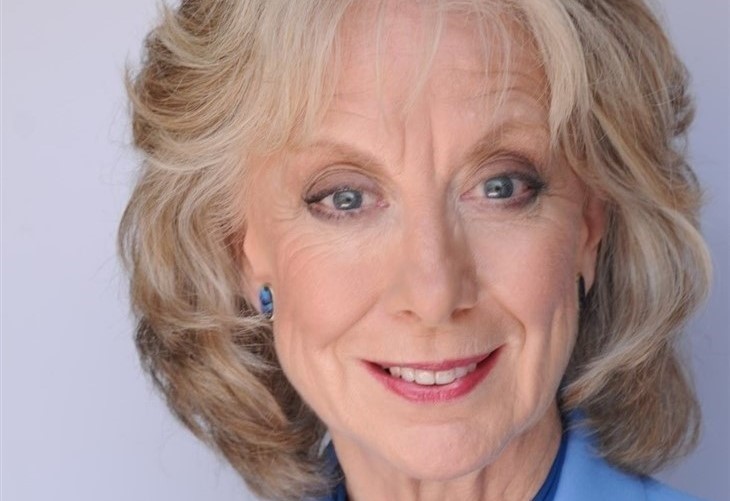 Days Of Our Lives spoilers and comings & goings updates tease that Ellen Crawford has landed a gig on the daytime drama. The actress is expected to appear as Mother Superior in the episode that’s set to air on January 13. She’ll share scenes with Stephen Nichols and Mary Beth Evans.

Crawford’s acting credits include The Man from Earth, ER, and Desperate Housewives. She also appeared on stage, in Eugene O’Neill’s A Touch of the Poet.

DOOL spoilers hint that Kayla Johnson (Mary Beth Evans) and Steve Johnson (Stephen Nichols) will do some undercover work that will land them at the convent. They’re trying to follow Kristen DiMera’s (Stacy Haiduk) trail. Kayla steps up to help Steve and even dresses up as a nun to make it more convincing.

Days Of Our Lives Comings & Goings – Other Actors Return

Aside from Crawford, other actors are also expected to return to the soap. For instance, Linsey Godfrey will return as Sarah Horton this week. Patrika Darbo will return as Nancy Wesley on January 13 and Bryan Datillo as Lucas Horton on January 14. Kevin Spirtas will reprise his role as Craig Wesley this coming January 21.

Johnny DiMera (Carson Boatman) will continue with his shocking speech. He’ll make the surprising and hurtful revelation that he has no plans of marrying Chanel Dupree (Raven Bowens). He’ll continue to devastate Channel by telling everyone why he doesn’t want to be with her.

Chanel turns to Allie Horton (Lindsay Arnold) for comfort. Their feelings for each other will once again resurface and they’ll both share a passionate kiss. One thing turns to another and they end up sleeping together. They will both regret what happened and will promise each other that nobody will know about it. Will Allie manage to keep their secret or will she come clean to Tripp Johnson (Lucas Adams)?

EJ DiMera Gets Shocking Offer From Johnny DiMera On DOOL

EJ DiMera (Dan Feuerriegel) will receive a surprising offer from Johnny. But the devil has no plans of helping him at all. He’s just using him as a pawn for his plans to cause more chaos in town. Lucas will also take the stand during EJ’s trial.

Fans know that Lucas was to blame for the kidnapping but he’ll do everything he can to keep himself out of it so he can go back to Europe and live with Sami Brady (Alison Sweeney).