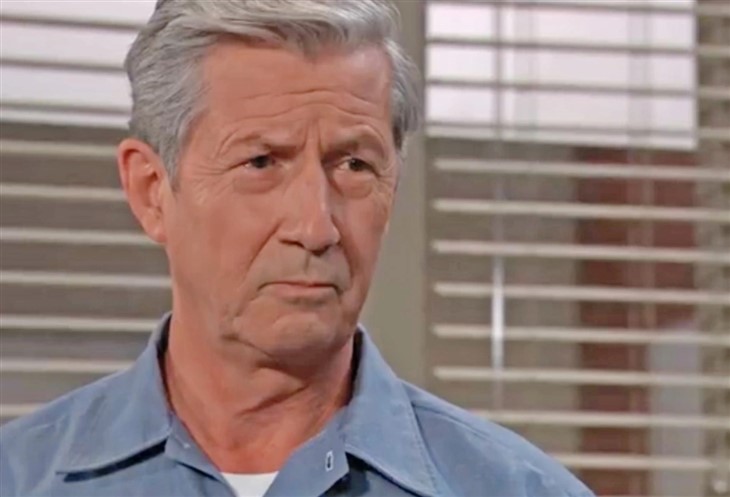 General Hospital Spoilers tease that up until now, it has seemed that Esme Prince (Kristen Avery Pohl), but there have been a couple clues that may indicate otherwise. Is someone helping Esme with her many devious plans? For all intents and purposes, it seems as though there is and that person is Victor Cassadine (Charles Shaughnessy). Although Esme appeared to be angry when Victor was telling Spencer Cassadine (Nicholas Chavez) that women come and go, that may have all been a ruse.

Esme and Spencer were about to get hot an heavy at Mayor Laura Spencer’s (Genie Francis) home since no one else was there. That is, until Victor showed up at the door. Victor pretty much ignoring Esme the whole time, and Esme appeared to be furious, that may have all been an act so that Spencer doesn’t suspect they are collaborating. It seems like quite a coincidence that Esme is doing her internship at Spring Ridge, where Victor also arranged for Spencer to serve his 30 day sentence for stalking Ava Jerome (Maura West).

Although the reasons haven’t been revealed yet, Victor seems to want Spencer at Spring Ridge. And with Esme there in a working capacity, it seems almost too coincidental. This may or may not have something to do with the fact that Ryan Chamberlain (Jon Lindstrom) is also incarcerated there.

General Hospital spoilers and updates show Esme has an obsession with Ryan. How that fits in with Spencer’s upcoming stint there remains to be seen. And then there is also the fact that Esme apparently was able to get a prescription for a very powerful narcotic.

The one thing that could foil Esme’s plans is Spencer’s closeness to Trina Robinson (Sydney Mikayla). It’s obvious that Trina and Spencer share a connection that he just doesn’t have with Esme. Somehow, Esme was able to obtain a prescription that she seems to planning to give to both Trina and Cameron Webber (William Lipton).

If she can make it look like Trina and Cameron are sleeping together, then she will kill two birds with one stone on General Hospital. Not only will Spencer lose interest in Trina, but it could break up Cameron and Josslyn Jacks (Eden McCoy). But how did Esme obtain that prescription. Could Victor have pulled a few strings to make sure that Spencer stays with Esme?

Is Esme really agitated with Victor? Or are they secretly working together? How does Ryan fit in to all of these plans? Anything can happen in Port Charles so stay tuned to General Hospital airing weekdays on ABC. And don’t forget to check back right here regularly for all your General Hospital news, information and spoilers!