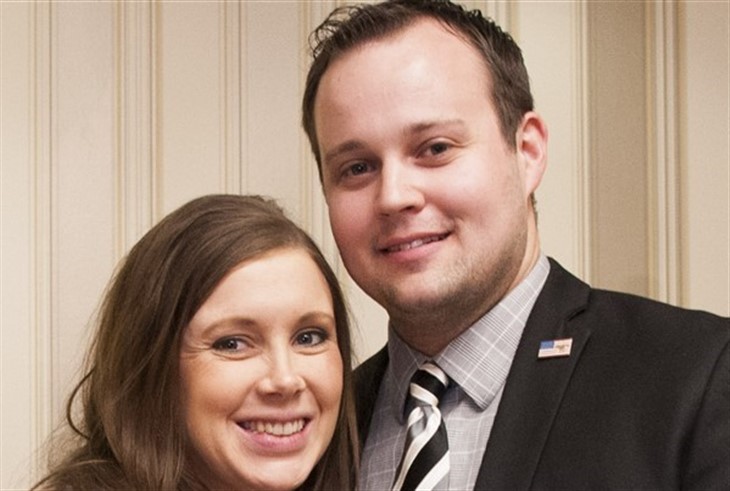 Josh Duggar and Anna Duggar once seemed like mini me versions of “19 Kids And Counting” patriarch Jim Bob and matriarch Michelle Duggar. But then the oldest son of the famous family got linked to one scandal after another. And now, as Josh sits behind bars awaiting sentencing for child pornography, rumors have soared that Anna might have teamed up with her infamous husband for a new scandal!

Find out if Anna might have teamed up with Josh to cheat the government. And see what else she recently did that added to the rumors. Get the latest news about Anna and Josh Duggar below.

Anna Duggar – Gets Sneaky About Assets?!

Josh Duggar has stayed in touch with his wife Anna Duggar even behind bars. But did he use his phone calls and video chats to plot a scandal involving her? Just last month, Anna quietly filed documents for The Homefield Properties LLC, per the Hollywood Gossip. Incorporated on March 9, the property involves Josh’s wife taking over as the one who incorporated and organized it.

But Anna has also purchased various other real estate property in recent years. And social media detectives found that she used other LLCs for that purpose. For instance, Josh’s wife operated behind names including Cambridge Arbor LLC, Glasgow Drive LLC, Ravenglass North LLC, Ravenglass South LLC and Soli Deo Gloria LLC. And that method has caused fans to wonder if Anna has gotten sneaky about hiding her assets.

“Anna’s LLCs are very fishy,” pointed out one social media commentator. “You don’t need to create a new LLC every time you buy a new property. Jim Bob doesn’t do that. The ones from the other Duggars, it’s not really fishy. It’s a common business practice.”

Because Limited Liability Corporations (LLCs) can provide personal liability protection, Josh Duggar may have advised his wife to choose that option. As a result, Anna will not face the risk of losing any assets if the LLC gets sued. But that raises a key question. What does Anna know that has not yet been revealed? Could more scandals get revealed?

However, some followers of the Duggar family came up with an interesting theory. No one knows yet what penalty Josh may need to pay for his child pornography convictions. As a result, Josh could have advised Anna to change property in his own name to LLCs owned by her.

“I wonder if she is getting anything that Josh owned put in her name,” theorized one Duggar fan. And another chimed in, “Upon conviction, the feds can go after [Josh’s] assets to pay any fine, but they can’t go after her personal assets. Intertwined assets can be seized, so I suspect what has been going on is that [Josh] and Anna have been splitting their assets and putting a substantial amount into her LLCs.”

Tell us what you think. Do you believe that this shady practice could turn into a new scandal? Or do you view Anna Duggar as one of Josh’s innocent victims? And after you share your views, check back on our site for more celebrity news.