Y&R Spoilers: Victoria Is Ready To Take Her Revenge 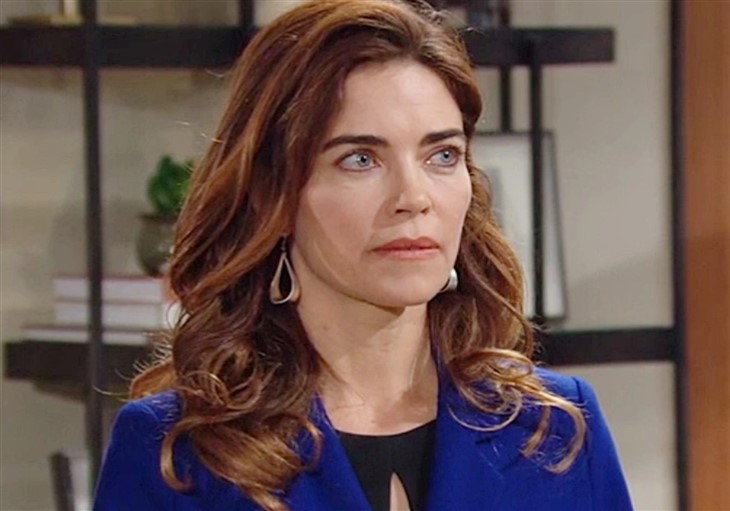 The Young and the Restless (Y&R) spoilers for Thursday, April 14, 2022, reveal Victoria taking charge of her life after playing the fool for way too long.

The Young And The Restless Spoilers – Should Ashland Locke Watch Out?

Victoria Newman Locke (Amelia Heinle) has taken Ashland Locke’s (Robert Newman) lies for way too long. She knew he had secrets, she knew he was a lying liar who lies, but it never occurred to her he would like about having cancer so she married him despite Billy Abbott (Jason Thompson) and Nick Newman (Joshua Morrow) going out of their way to show her that was a big mistake.

But Victoria had to learn the hard way and her family even had to have an intervention for her in order for her to see the truth, and even then we wondered if she really had. But she knows who Ashland is now and has the entire Newman clan in on the revenge plot. Everyone has to play their parts to perfection or she won’t be able to pull this off.

The Great Victor Newman (Eric Braeden), Nikki Newman (Melody Thomas Scott), and Nick Newman are definitely in, but there’s another Newman to worry about. (Apparently, they forgot that Abby is a Newman for this particular moment in their family’s history. But sometimes it feels like Abby forgot she is a Newman, too.)

Will Adam Newman (Mark Grossman) ruin Victoria’s revenge plan? He is not supposed to be the one permanently ensconced as the Newman CEO. This is a temporary measure to throw Ashland off track but Adam seems to like his perch and may not want to give it up so soon.

He also likes being able to give Sally Spectra (Courtney Hope) any position she wants. If Adam sees him and Sally as the new young power couple, he better think again because Victor and Victoria are not going to be happy at all. Adam had better watch his back just like Ashland needs to watch his because Victoria will go after him next if he does anything that doesn’t stick like glue to her very thought out plan. Stay tuned to The Young and the Restless weekdays to see how these stories play out.

Days Of Our Lives (DOOL) Spoilers: Gabi Goes Digging For Dirt On Ava