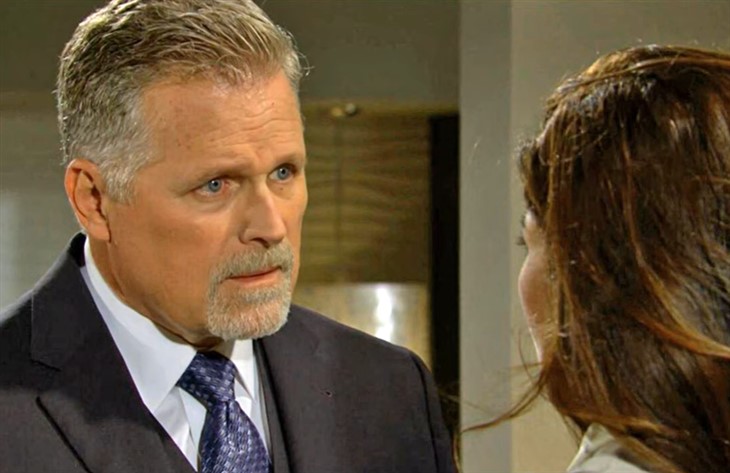 Viewers of The Young and The Restless will recall that Victoria had convinced Ashland that she was ready to leave Genoa City and her family behind for good, and make a new start with him. Ashland had wanted to go to Tuscany and live there, start a new company, start a new life, but Victoria gives him the rudest of rude awakenings when she tells him she had no intentions of going with him anywhere!

Viewers of The Young and The Restless will see Ashland shocked and blindsided, but she doesn’t care – her eyes have been opened and she’s tired of the games and the lies! Victoria then unleashes all her anger on him and tells him the only reason she pretended to believe in him is so he would sign away his stake in Newman-Locke! She tells him he’s busted and that everyone now knows he’s nothing but a con artist, and she tells him to come clean and admit the cancer was a lie!

Viewers of The Young and The Restless will see Ashland give Victoria the same old tune, but suggest a different stage as he still tries to convince her they can have a future together if they go somewhere else! Victoria thinks he’s delusional, and continues to pressure him to tell her the truth about the cancer – feeling backed into a corner, he finally admits there was never any cancer.

Viewers of The Young and The Restless will see him admit he fabricated everything; the diagnosis, the treatments, and his symptoms, and of course, that doesn’t make Victoria feel any better; it makes her feel like a fool for being so gullible! The silver tongued devil called the Locke Ness Monster has proven himself to be a masterful manipulator, and possibly a pathological liar who believes his own lies, and at the very least an expert at acting out his own warped fantasies as if they were realities!

Ashland Locke then claims that even though he was proud of himself for pulling off such a masterful scheme, he never expected to fall in love with Victoria, and that part is real! Viewers of The Young and The Restless can imagine she may have a very difficult time even believing that, because if that was love, Ashland Locke had a very strange way of showing it! Then viewers of The Young and The Restless will see things take a very strange and unexpected direction – and there will be a surprising random act. But Ashland is left with the truth bomb that anything that might have remained between himself and Victoria is dead, and he’s the one who killed it! He will never be able to fix what he has broken!